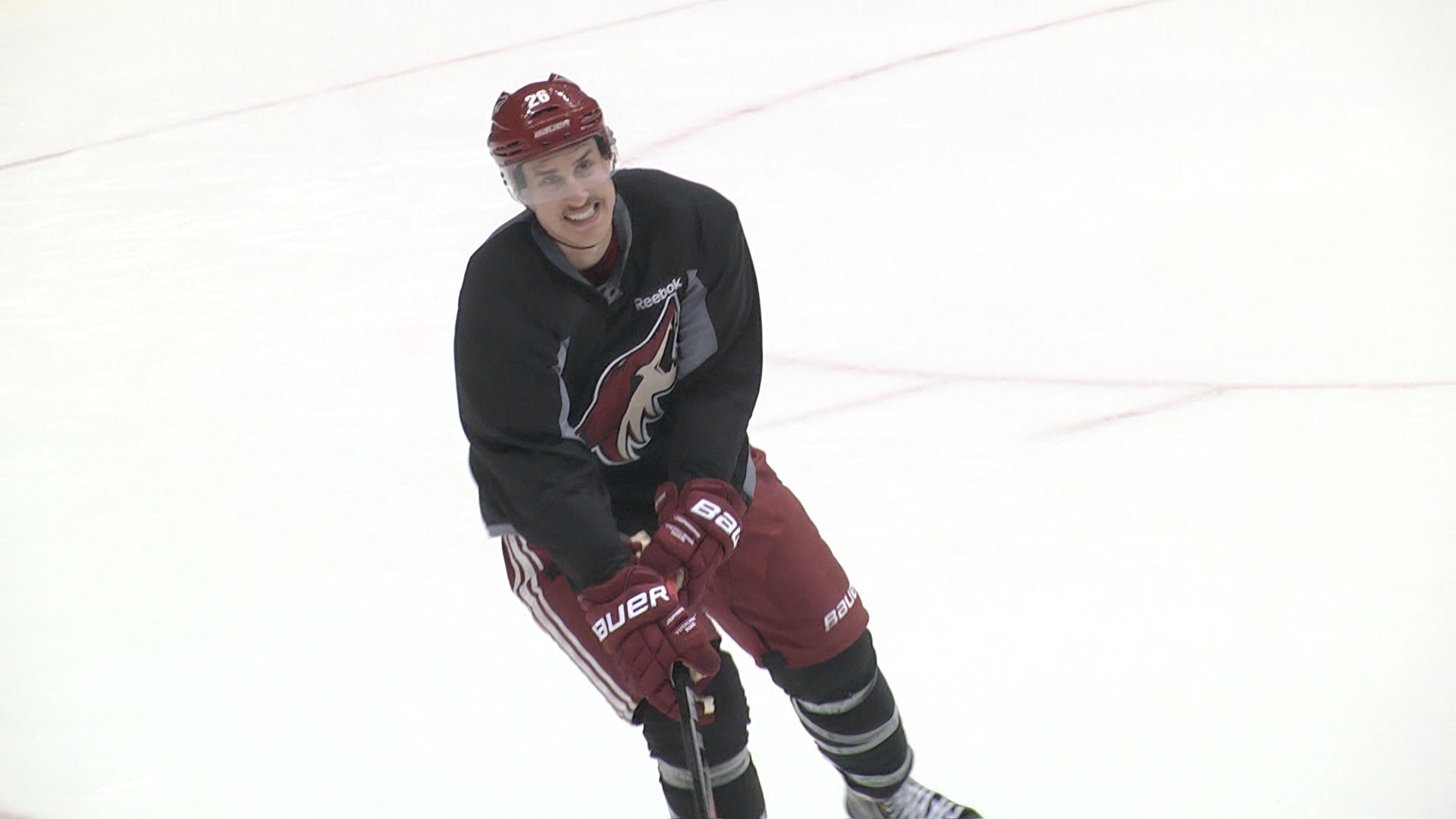 The Phoenix Coyotes haven’t exactly been known for their scoring over the years.

But now about a quarter the way through the 2013-14 season, they are second in the league in goals scored. Nine players have more than ten total points led by Martin Hanzal’s 18.

The scoring output from some of the defenseman has been a huge bright spot as well. But would you know that the leading goal scorer isn’t from stars Keith Yandle or Oliver Ekman-Larsson? Leading the way with six goals in just 15 games played this season is defenseman Michael Stone.

“I think I’ve been getting a little puck luck here with some of the shot’s I’ve taken which have ended up in the net,” said Stone. “I need to get a few assists to go with those goals and get those totals looking a little equal. But I am happy about the way things are going and it’s good to see pucks going into the net.”

Stone’s number have even surprised him somewhat but if you asked head coach Dave Tippett, it is something he knew he could eventually bring to the table for this team.

“He’s got a great shot,” Tippett explained. “That’s one of his strengths, he really shoots the puck hard. He had that reputation in juniors and had a few goals for us like that last year but it’s great to see him shooting the puck as hard as he is and they are going in the net for him.”

“To do it at this level is a bit of a surprise but not at the same time,” mentioned Stone. “I always knew I was capable of scoring goals. I did it throughout my career leading up to this. It’s just nice to see that I am getting the pucks through and some of them are going in.”

They Coyotes currently sit fifth in the western conference standings through 21 games. They are right in the thick of a tough stretch of games playing in a conference that has been on fire out of the gates. If the season ended today (November 20th), the first place team in the eastern conference, the Boston Bruins, would not even be a top eight seed in the west.

Coyotes are back on the ice for the first time since Saturday on Thursday against a hot Colorado Avalanche team fresh off of a dominant performance against the best team in the NHL thus far, the Chicago Blackhawks.