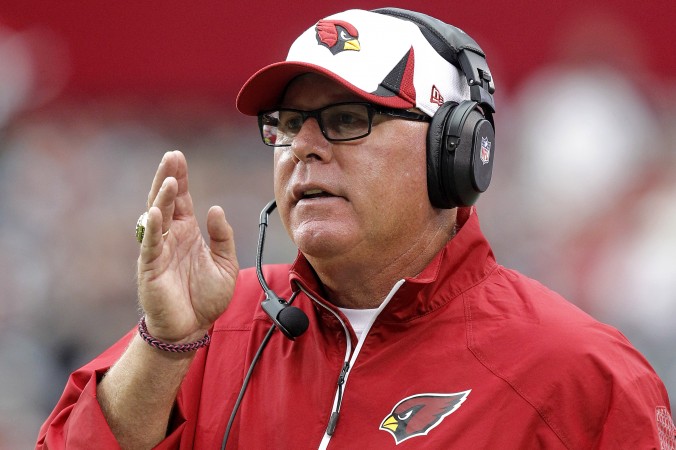 Playoffs weren’t in the Cards when Bruce Arians was hired as head coach last offseason, but after Sundays 27-24 win over the Houston Texans, the Cardinals (5-4) are right in the middle of the postseason wild card race in the NFC.

The gray beards helped the Cardinals win this one.
35 year old John Abraham knocked the ball out of the hands of Texans quarterback Case Keenum on the first play of the game, which led to a TD.
33 year old Carson Palmer tossed a couple of touchdown passes, including one to Andre Roberts with seven minuets to go in the game.

The main reason for the Cardinals success continues to be the play on the defensive side of the ball. Houston put up just 235 yards of offense, including just 41 yards in the 2nd half.

Sure, there are seven weeks left in the regular season, but the Cardinals are right in the middle of the conversation for a wildcard spot with teams like San Francisco, Detroit, Green Bay, Chicago, Carolina(who the Cardinals beat earlier this season) and Philadelphia.
Next week they have Jacksonville on the road, followed by the Colts at home. On the surface, this team is going to be in the playoff picture late into the season

Five Things We Learned From the Cards Convincing Win Over Houston 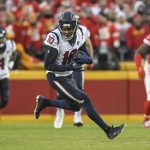 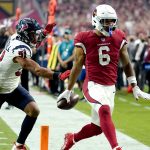