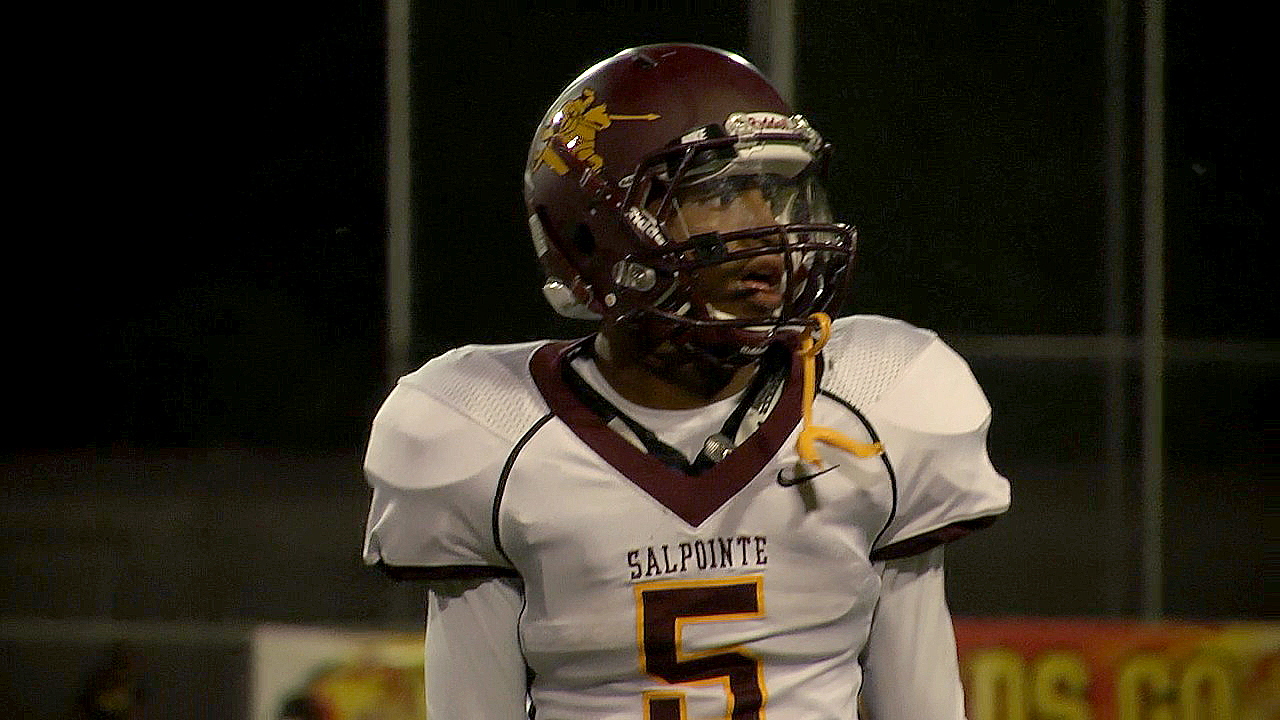 What a year it has been for the Salpointe Catholic Lancers.

They have scored at least 40 points in every game this season and have only allowed double digits once all year, which was round two of the playoffs against Liberty when they gave up 14.

However, quietly Chaparral has been very impressive as well. Despite falling week two of the season to Marcos de Niza, the Firebirds have score at least 35 in every game this season and have a defense will all sorts of division I talent.

In fact, division I talent is the theme of this game. There will be players all over the field that expect to play football at the next level after high school and some of which in our own state. U of A has commitments from Salpointe’s Kaelin Deboskie and Cameron Denson and Chaparral’s Trevor Wood (video interview above). While ASU has Tyler Whiley. It is a great opportunity for those Arizona fans Tucson to see their future talent.

These two teams faced off to start the 2012 season a year ago and it was a fantastic game that was played in Scottsdale. A late drive by the Lancers gave them the victory, but I think both teams would tell you they are much improved since that game.

Salpointe WR/DB Cameron Denson vs. Chaparral WR/DB Tyler Whiley: This could be the first landmark game of a little rivalry for these two for years to come. The future Wildcat (Denson) vs. the future Sun Devil (Whiley) will face off on both sides of the ball. Both do everything on the field for their teams and seeing them go head-to-head should be a lot of fun to watch.

Chaparral rushing attack vs. Salpointe front seven: I talked to a former high school football coach last week and asked him how do you beat Salpointe this season. He said running the football and not turning it over. So the Firebirds will rely heavily on their backs Elijah Castro, Malcolm Thomas as well as Whiley out of the Wildcat to get positive yards on the ground. Salpointe junior linebacker Taylor Powell has been a leading tackler for the Lancers now two years in a row and will be all over the place for Salpointe to make sure that the Firebirds will have to take to the air.

Salpointe DL Brandt Davidson vs. Chaparral OT Keenan Walker: Another example of potential DI talent facing off. The battle in the trenches will be crucial especially for Chaparral to be able to run the ball. Keenan Walker is their top lineman and they will look to him as well as the Firebird line to contain a very talented and strong Lancer defensive line led by Davidson as well as Jake Casteel.

#3 Chaparral and #1 Salpointe kick-off from Arizona Stadium on the campus of the University of Arizona on Friday at 6pm.