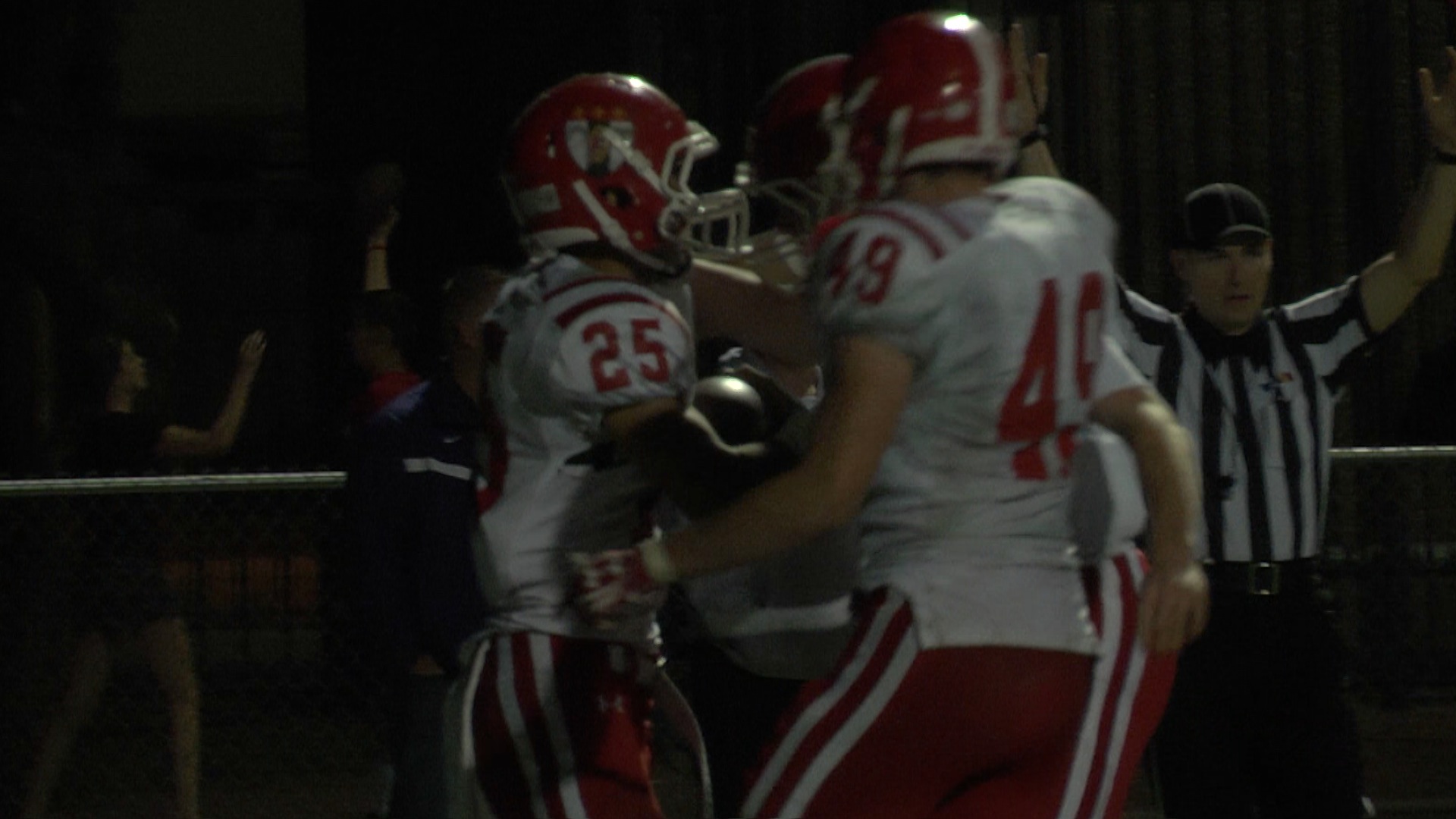 The Brophy Broncos had a gauntlet of a 2013 season but are catching their stride at the right time.

They rode over to the west side and took on the undefeated number five seeded Westview Knights and their relentless rushing attack.

The Broncos behind stout defense and great play from sophomore running back Ryan Valez would pull the upset, 28-14 over the Knights.

“This team just has a ton of heart,” said Brophy quarterback Brian Woodward. “It just goes to show what passion and great coaching does for a football team.”

“Our guys have really had a great last three or four weeks of practice,” added Brophy head coach Scooter Molander. “We brought some sophomores up that added a lot of speed to practice. I think we are in good shape and we were able to weather the strom after some good drives by them.”

Brophy took a 7-0 lead into the half and then on their first offensive possession in the 2nd half, that sophomore star Valez put his team on his back. Had three great runs on the drive which was capped off by a rushing touchdown.

Westview then got into a rhythm offensively. Despite being down two scores, they stuck to their ground attack. After a drive that lasted most of the third quarter and into the fourth, the Knights would finally go to the air as quarterback Kordell Provkey rolled out and hit tight end Orlando Sabur for the score which cut the Broncos lead in half, 14-7.

But on that ensuing kick-off, Ryan Valez was at it again as he would return it for a score. Valez would add another rushing touchdown later on making it three in the second half carrying his team to victory.

“It was a tremendous second half by him,” mentioned Molander. “We made some good adjustments at the half and I credit our offensive coordinator Mike Gibbons and obviously we were able to run the football.”

“it’s all about the team,” Valez said after the game. “Without them I wouldn’t have been able to do anything.”

Brophy moves on to face the four seeded Desert Ridge Jaguars next week. Westview’s magical run ends a little sooner than they had homed, but they still had a fantastic season.

Hamilton Player Commits to the SEC, AZ represents well at The Opening