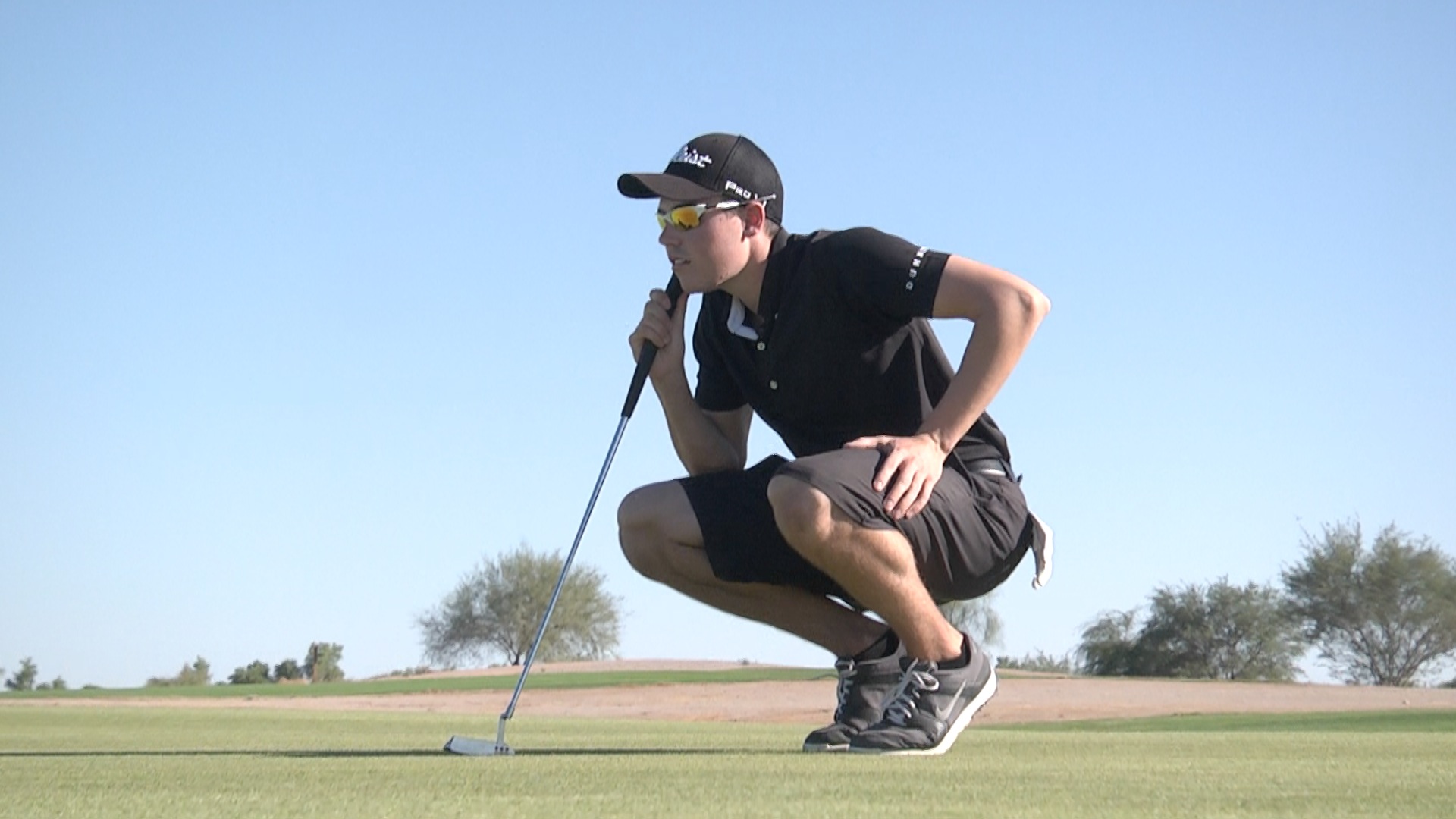 Some might call them the Buffalo Bills of Arizona high school boys Golf.

The Desert Vista boys golf team has been on the the elite golf program for quite some time but have had trouble of late getting over the hump to a state championship. Behind head coach Paige Peterson, the Thunder at the four-time defending state runner-ups.

But in 2013 behind a great core of seniors, Desert Vista believes they are in as good position as ever to get that state title they covet.

Leading the way are two of the top boys golfers in the 2014 class, Matt Laringis and Colton Estevez who are putting together a big senior season.

“We’ve got to win that state championship,” said Laringis. “We’ve been second four years in a row and it’s weighing on our coach. We need to pull through with him.”

“Hopefully we can get the state championship this year,” added Estevez. “Not come in second again and finally win it.”

Both compete national at the junior golf level and have brought that experience to their Thunder teammates. They believe the chemistry and support they have for one-another is what can get them over that hump.

“It’s all about attitude on the course,” mentioned Laringis. “I try to help them out if they are having a tough day on the range. You can’t let on shot worry you and affect a string of shots you have in a row. That’s where this game can get you. It’s 75% mental.”

“In the past we would have practices where we would screw around a little too much,” mentioned Estevez. “This year we have been serious and getting down to business. We have become friends on this team which has helped the team chemistry and it’s worked pretty good.”

For Laringis, the professional ranks wait for him right after high school.

“I’ll be doing some mini-tour stuff like the Gateway tour and the pre-qualifiers for the Web.com tour,” Laringis explained. “The Phoenix Open qualifier, I’ll do that. And then any PGA Tour qualifiers I can do around California and Las Vegas.”

Like Laringis, Estevez also plans to try his hand in some professional tournaments but priority number one is playing at the college level after high school is over.

“I’ll be signing the papers at GCU which I committed too,” said Estevez. “And then just more tournaments after that.”

Estevez is close friends with former Mountain View golfer and current GCU freshman Hayden Webb who as a freshman is already the Lopes’ number one golfer.

The Thunder are rolling of late, coming off of a Prescott tournament where they took first place and were ahead of second by 17 strokes. They hope that momentum carries them into the beginning of November where the 2013 state champion will be crowned.

Kristine Anigwe Traveling the World this Summer for USA Basketball