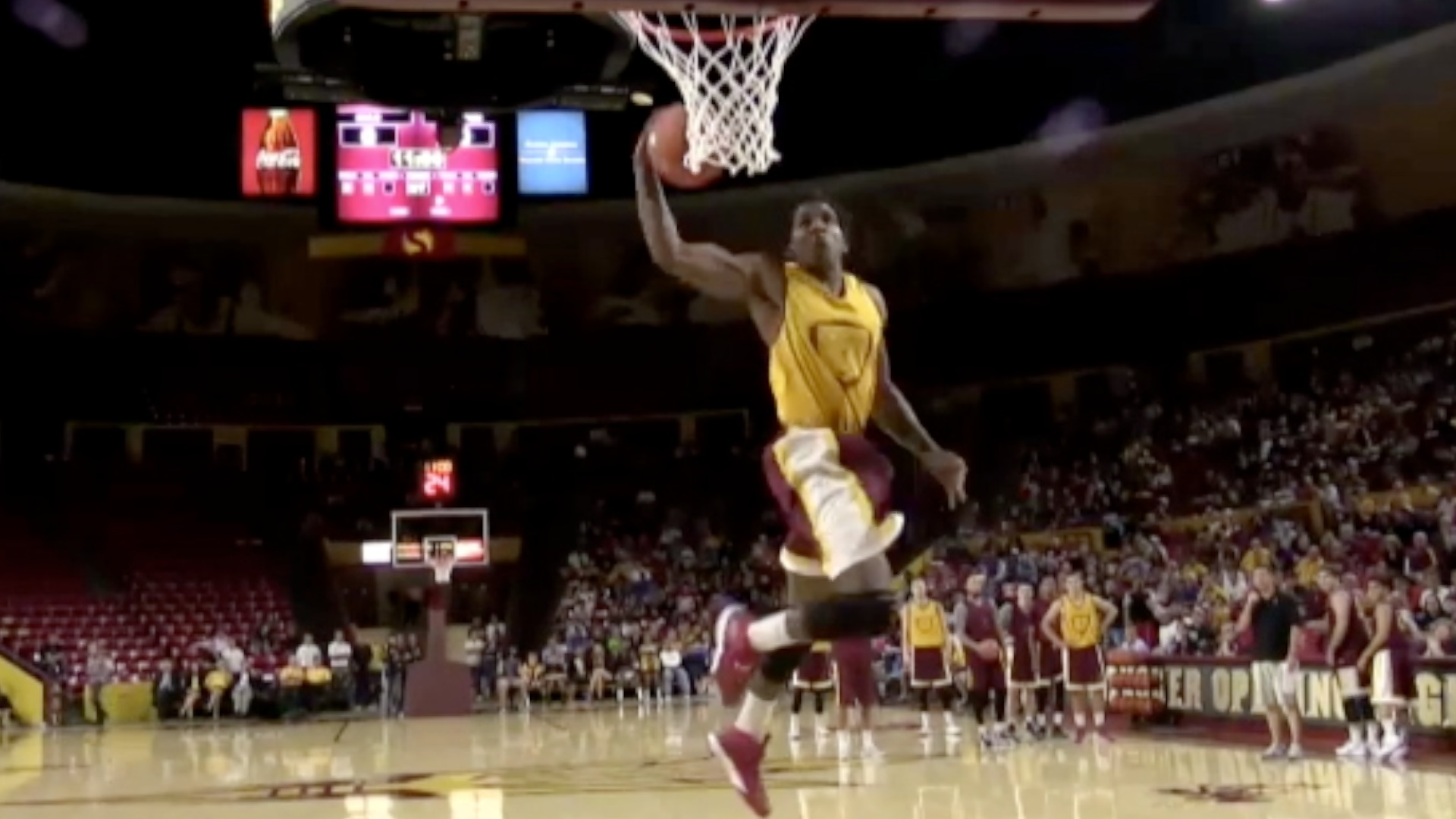 As the 2013-14 ASU men’s basketball season approaches, there are two certainties.

Jahii Carson will be handling the ball and will be the focal point of the Sun Devils’ attack and Jordan Bachynski will be a load down low in the post on offense and blocking shots on defense.

But after those two, there are a lot of unanswered questions.

There are quite a few new faces suiting up for ASU that were not on their bench last season. Head coach Herb Sendek will tell you that after those first two, everyone else is in a different category and the role for each of them are not yet defined.

However, there has been one newcomer to the team that has stood out and earned his way into the starting five. Shaquille McKissic, originally form Seattle, Washington, might not have been the most heralded of the transfers to Tempe this season with Jermaine Marshall and Brandan Kearney coming from Big Ten schools. But with one year left of eligibility after spending most of his collegiate career at Edmonds Community College in Washington, Sendek has been blown away by what he has done since he first arrived.

“I think Shaquille has been our biggest positive and most consistent surprise,” Sendek said. “The one thing that elevates him on our basketball team is his elite athleticism. And as he continues to get more comfortable with what we are doing, I believe he will be even better able to take advantage of that athleticism.”

Last season, McKissic averaged 22.5 points, 9.9 rebounds, 3.8 assists and 3.2 steals for Edmonds on his way to earning MVP honors of the NWAACC’s North Region. His athleticism is his biggest strong suit but Sendek notes there is more to his game that will make a big impact.

“He shoots the basketball even better than we thought,” Sendek mentioned. “He just has gifts athletically that are rare.”

McKissic’s ability to learn and get better every day is what has allowed him to propel into the starting lineup.

“Every time he comes out, there are pearls of lessons to learn,” explained Sendek. “And each day he picks up a few pearls and puts them in his purse, then he comes back the next day and is a little bit better.”

“That’s the exciting thing,” he added. “Because he has gifts that no one can teach.”

As mentioned, McKissic only has one year left of eligibility. It has been rare to see Sendek add a transfer player to their roster with that being the case. But since, the Sun Devils had one scholarship left to give this offseason, they thought why waste it?

“Perhaps in the past I would have paused,” Sendek explained. “But in an effort to keep up with the times and be modern, I didn’t hesitate for a second because that’s where our game is right now.”

“To not use the scholarship when we had it available, for what purpose?” added Sendek. “You don’t lose anything, and you end up gaining a really good player.”

Shaq McKissic and the Sun Devils tip-off their 2013-14 season on Friday, November 8th against UMBC from Wells Fargo Arena.