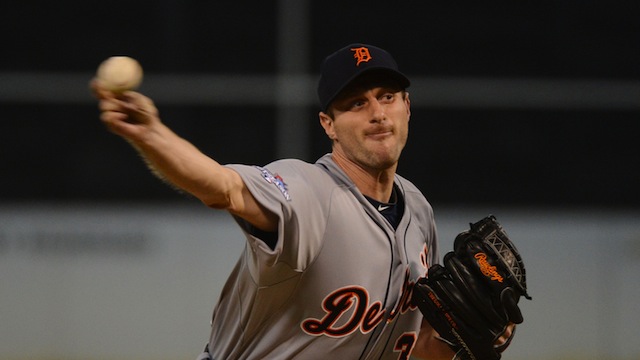 It’s happened to every professional sports franchise at one point or another.

For some, it’s become more commonplace.

Watching the 2013 season and now the MLB post season the Arizona Diamondbacks wish they had a do over.

The three-team deal which sent Max Scherzer and others to the Detroit Tigers for Edwin Jackson and Ian Kennedy was on former general manager Josh Byrnes’ watch but Kevin Towers and the current regime is still feeling the effects from the 2009 deal.

Jackson threw only the second no-hitter in Dbacks history in 2010 but was shipped to the White Sox that July for Daniel Hudson and David Holmberg. Kennedy was lights out in 2011 winning 21 games with a sparkling 2.88 ERA and won 15 more in 2012. However, this year he struggled and was eventually traded to the Padres for lefty specialist Joe Thatcher who may not be brought back next season.

The former Arizona first-round pick (11th overall) from the University of Missouri has gotten better and better in The Motor City. This year he went 21-3 in the regular season with a 2.90ERA in 32 starts. He allowed a career-low 18 home runs while striking out a career-high 240 batters.

“The Scherzer [trade] to me was always a little bit questionable,” ESPN baseball insider Pedro Gomez told Sports360AZ.com during his weekly segment. “The previous administration had decided that Scherzer had a mechanical flaw and he was going to be injured. Well, we’re looking four years down the road and Scherzer has gotten nothing but better. His win total has gone up every year he’s been a regular in baseball.”

As mentioned, the trickle down has hurt Arizona’s on-field performance moving forward and put the current front office in a bind searching for the hard-throwing ace they once had in Scherzer.

“You can’t really blame [Managing Partner] Ken Kendrick and [President] Derrick Hall,” Gomez explained. “They’re heavily relying on the decisions and suggestions of their baseball people. That’s what every club does.”