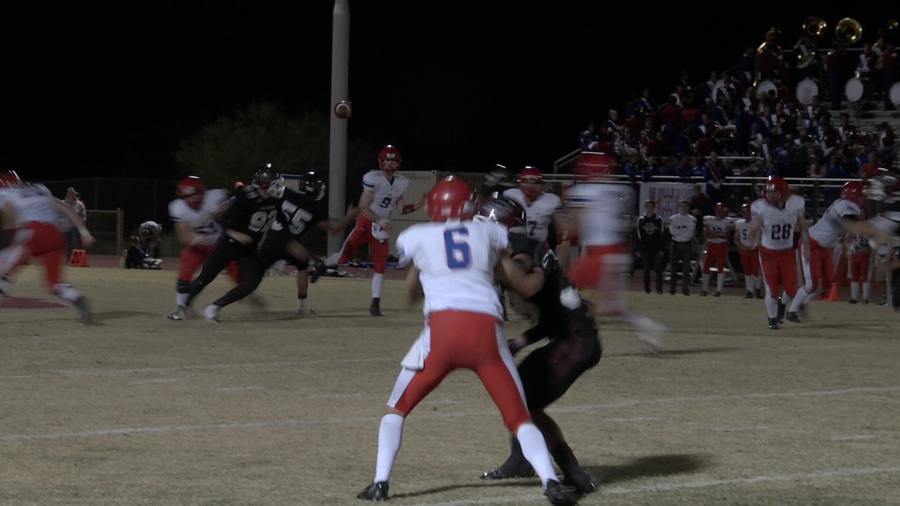 Could be a stretch seeing how Clark is a 16-year old senior but make no mistake about it, these kids can play and have been doing it together for several years.

“Me and John have been playing together since eighth grade,” the speedy, diminutive 150-pound Brown told Pros2Preps.com in a recent interview. “But we’ve known each for longer than that. We watch film every week. Help each other out.”

They’ve been doing more than there fair share in helping propel the Toros to a 5-2 record in Division I with the playoffs rapidly approaching. Brown makes his living on the sidelines and on crossing routes, frequently using his speed and Wes Welker-like shiftiness to elude defender

Both players had big games in a disappointing 48-31 loss to rival Desert Mountain in north Scottsdale. The 6’2, 170-pound Clark completed 20-41 for 295 yards. 213 of those went to his buddy Brown who finished with 13 catches.

“They’ve developed a great camaraderie with the two of them,” Toros head coach Chad DeGrenier explained to Pros2Preps.com after the disappointing loss. “They just know where each is going to be.”

The overall numbers are eye-popping, especially considering there’s still three regular season games and the playoffs which begin next month. Clark has now thrown thrown for just under 2000 yards with 20 touchdowns with just three interceptions. Brown has 919 receiving yards on 48 catches and 10 touchdowns

Toro fans are hoping this pitch-and-catch tandem can stay hot long enough to make a deep run in the state playoffs.

It’s a place Mountain View fans have come to expect over the years.