Regarding Saturday’s highly anticipated match-up against No. 20 Wisconsin, second-year Arizona State coach Todd Graham said a lot of the things we’ve come to expect as keys to earning a win.

Three things are certain in life: death, taxes and the capability of the Badgers’ rushing attack.

Most disciplined team will win.

Team that takes best care of the ball will win.

Team that dominates the run game will win.

Graham knows this is Wisconsin, right? As in, the Big Ten program that has participated in the Rose Bowl three years in a row — remarkably, more than Arizona State has in its three plus decade history in the Pac-12 — largely on the backs of its, uhh, backs?

The program which has produced Heisman Trophy winner Ron Dayne and fellow 40-plus touchdown rushers Anthony Davis, John Clay and P.J. Hill in the last 15 years alone (ASU has just one in history)?

The program that perennially has a slew of 320-plus pound corn fed Midwest mashers setting up running lanes like hulking nightclub bouncers with velvet ropes?

Three things are certain in life: death, taxes and the capability of the Badgers’ rushing attack. It’s really that simple.

This year’s no different. Wisconsin has three backs — James White, Melvin Gordon and Corey Clement — each rush for more than 100 yards in each of its first two games.

Now granted, Wisconsin played lowly UMass and Tennessee Tech, but the point remains. The team always runs the football not only well, but extremely well, usually finishing among the national leaders. Evan a new head coach and false rumors of a switch to a spread offense won’t change that — and haven’t.

Contrast that against ASU, which saw starting senior Marion Grice rush for just 59 yards on 14 carries against FCS opponent Sacramento State and you can probably guess where I’m going with this.

Grice said he ran tentatively. ASU junior guard Jamil Douglas said the offensive line didn’t play as physical as it should have.

Graham said ASU focused heavily on developing more of a smash mouth run culture in practice this offseason, but that has to be demonstrated against quality opponents much less proven commodities.

On the flip side, as Graham has been prone to point out of late, ASU was very average at stopping the run last year, No. 81 out of 120 FBS teams to be specific.

So beating Wisconsin in its wheelhouse seems like an extremely daunting challenge.

Good thing for Graham and the Sun Devils they’ve become a lot more disciplined and are ever-improving at protecting the football.

Importantly, they’re also more dynamic defensively and have more potency in the passing game, and it’s because of those things I’m expecting an ASU win.

It’s really in those areas where ASU will earn its keep on Saturday. Of course, being a little better against the run and successfully balancing its offense out by moving the ball on the ground would help.

Being better at running the ball than Wisconsin? That’d probably make it about as lopsided as the last time a ranked Big Ten opponent came to Tempe, when No. 16 Iowa fell 44-7.

That’s probably what Graham’s really gunning for anyway. After all, a man who makes such big goals isn’t going to be happy with small victories.

“Breathtaking” White Living Up To Hype At ASU 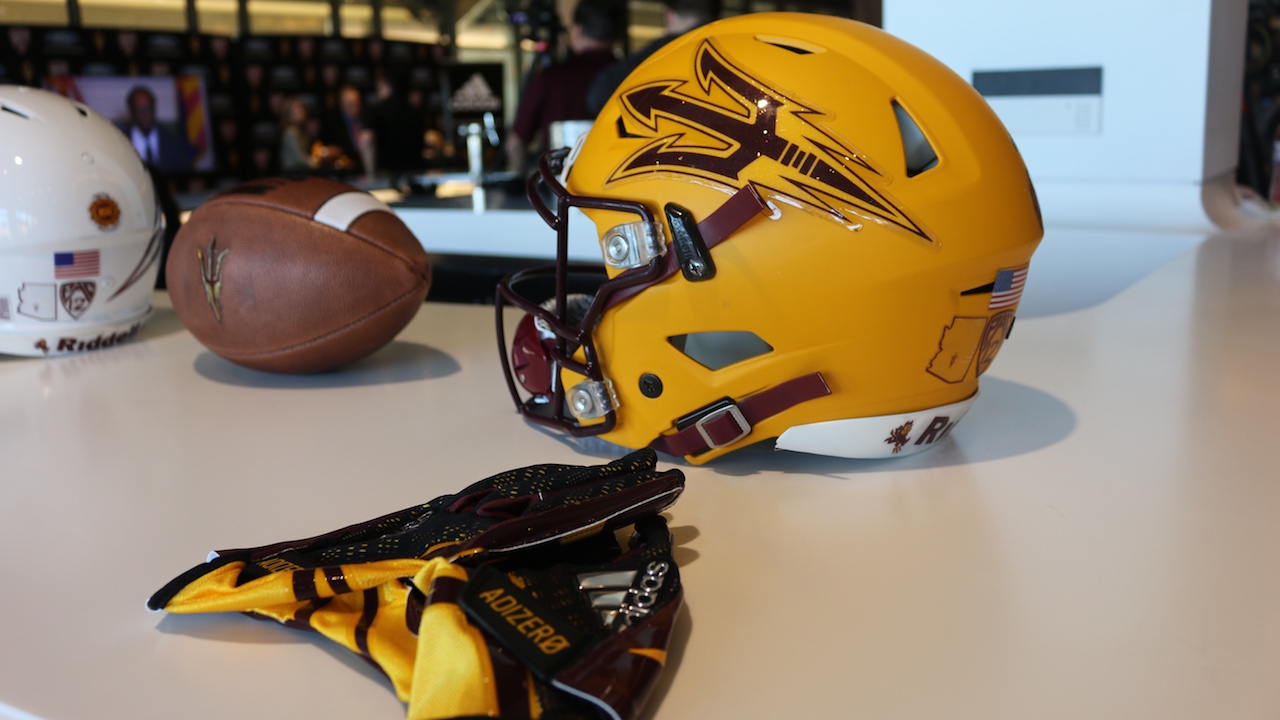