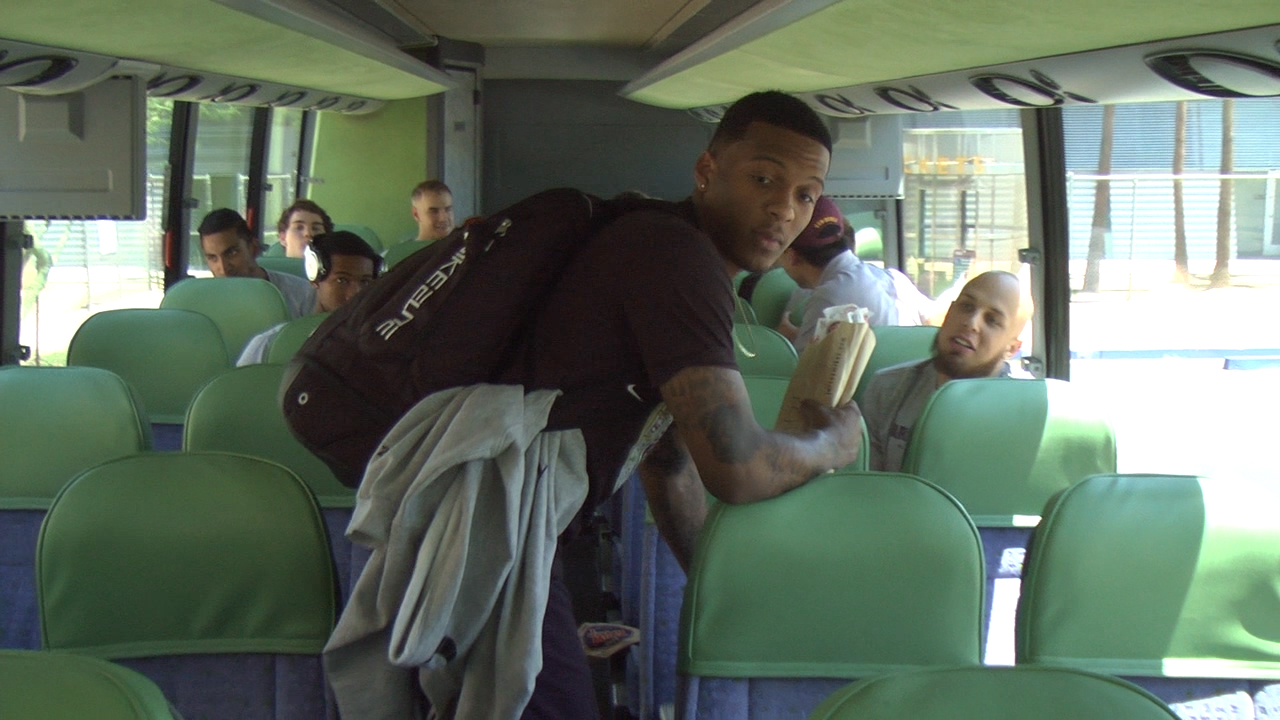 The Sun Devil men’s basketball team have already embarked on the journey of a lifetime. The team left on Thursday for their 10-day trip to China.

All-in-all, the team will have eight flights during their trip. The first two happened on Thursday. They left from Phoenix, flew to Seattle, Wash., then from there they hopped on another plane to Beijing, China.

For such a long time of travel, you have to bring things on the flight to keep yourself occupied and to keep your sanity (for those of us who’ve traveled internationally you know what I’m talking about).

Guard Jahii Carson made sure he packed just what he needed to get himself prepared for the three games ahead of him over in China.

“Some old footage of last season, some highlights and some film just to watch to see well and what I didn’t do well, just to try and study on there,” Carson said. “Some movies, it’s a long flight, I got my phone, some music so hopefully I got enough to occupy me for this 15-hour trip.”

Carson is wise to get some film and study time in before he gets to Beijing, because the Sun Devils have a packed schedule full of tours and flights. Study time is of the essence for him as he and his team must get ready for a different kind of basketball competition.

“They’re pros, we’re collegiate athletes, most of them have been playing professionally since 16, 17-years old so they’re gonna bring a professional mentality to the game,” Carson said. “I’m ready to bring it. You gotta come out there and bring your top competition, because if not, guys tend to be lackadaisical and that’s when teams tend to lose.”

This will be Jordan Bachynski’s second trip to China in a matter of months, so he kind of knows what to expect, but in a way he doesn’t.

“I’m excited to go back,” Bachynski said. “It should be a little different experience for me this time. Before I was in mainland, the interior China, this time we’re going to coastal China, so there’s a lot more to see and do, so I’m excited.”

Above all, head coach Herb Sendek wants his guys to really enjoy themselves, because it’s truly a once in a lifetime opportunity.

“Have fun, be respectful, make sure we represent the University and the United States in the right way,” Sendek said. “Just to be aware and soak it all in.”