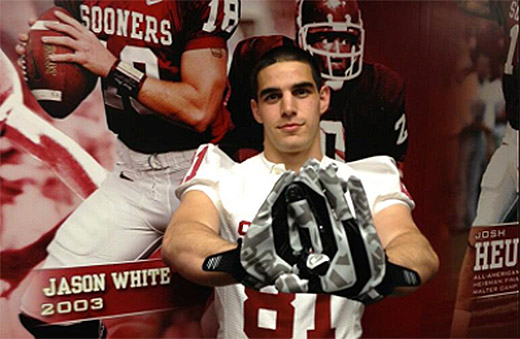 One of the top wide receivers in the country has made his decision.

Just committed to Oklahoma university couldn’t be more excited for my future to come! Thanks for all who have supported me! #Boomer #sooner

Andrews had a total of 25 division I scholarship offers including USC, Notre Dame, Alabama, U of A and ASU but ultimately decided that Oklahoma was the place for him. In 2012, Andrews had a monster seasons with 81 catches for just under 1,500 yards receiving and 21 touchdowns. Him and the number one rated quarterback in the nation according to Scout.com, Texas A&M commit Kyle Allen, are one of the most dynamic quarterback-receiver duos in the nation and expect to just build on that in 2013.

Furthermore, Andrews is a remarkable story because of what he has to manage while on the playing field and off. He has diabetes and everywhere he goes he carries around a bag with necessary items and also has to wear an insulin pump. See the great story our sister site, heath2fit.com, did about Mark Andrews and managing his diabetes on and off the field by clicking here.