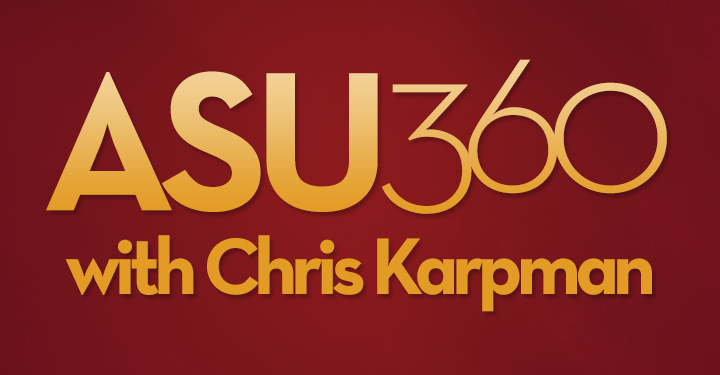 As a guest on Yahoo! Sports Radio’s nationally syndicated The War Room last week I was asked by host John Harris to provide some perspective on how this 2013 Arizona State team stacks up from a talent standpoint to others at the school in recent history.

My response probably didn’t surprise Harris, after all he has named the Sun Devils as his sleeper pick not only in the Pac-12, but nationally for the upcoming season.

Based on the feedback I received, however, my stated belief that this is ASU’s most talented team in the last decade did surprise ASU fans. A number of them are of the opinion that the 2010 iteration of the team was better, and let me know that on twitter and our website’s message board.

To put it bluntly, they’re wrong.

The 2010 Sun Devils will remembered as a Dennis Erickson squad that substantially underachieved their potential, and rightfully so. A 6-6 finish could have easily been 9-3 with a bowl win pushing it to a 10 win season, but ASU shot itself in the foot in agonizingly close losses to Wisconsin, Oregon State and USC, and had seven turnovers in a 42-31 loss to Oregon.

Putting heartbreak aside though, that squad isn’t nearly as talented as the one we’re about to see take Frank Kush Field in two weeks for aSept. 5 opener against Sacramento State. A cursory look at the positions makes this clear.

Junior Taylor Kelly is a much better quarterback option than either Steven Threet or Brock Osweiler in 2010, as Kelly is coming off a season in which he broke the school’s completion percentage record and fell one shy of the passing touchdown record set by Andrew Walter.

At running back, the Sun Devils have their best 1-2 punch with senior Marion Grice and D.J. Foster since the 1996 Rose Bowl team had a 3-headed beast of Terry Battle, Michael Martin (until he was injured) and then-freshman J.R. Redmond. Grice alone had 19 touchdowns last season, which is more than all of the 2010 team’s running backs combined.

Bradford and Sutton have a legitimate chance of being first round picks and Young should get drafted as well.

The stability and experience of ASU’s offensive line is much better now when compared with 2010, and starters Evan Finkenberg, Jamil Douglas and Vi Teofilo all have the ability to play beyond college which is more than can be said of that team.

At receiver, a reasonable case could be made that 2010 was better, with Gerell Robinson, Mike Willie and Kerry Taylor all now getting a shot at the NFL. But look closer and you see that team didn’t use tight ends so you have to include senior Chris Coyle — who set the school’s completion record last season among tight ends — and potential impact newcomer De’Marieya Nelson to the 2013 receiving group when making the comparison.

And though he hasn’t done anything at the college level yet, sophomore junior college transfer Jaelen Strong is the most talented of all receivers at the school in recent years. Sophomore Rick Smith is perhaps ASU’s most improved player and should make a lot of plays, so at a minimum this position looks to be a wash.

In the defensive front seven, ASU’s signature players, seniors Will Sutton and Chris Young and junior Carl Bradford are not only some of the best in the league, but in the nation. Add in talented sophomore Jaxon Hood and a quality surrounding cast and you have a better group even than the one that included Vontaze Burfict, Brandon Magee, Lawrence Guy, James Brooks and Jamaar Jarrett three years ago.

Not only will the numbers bear that out, but we’re guessing the NFL Draft — a better barometer of talent — will as well. Bradford and Sutton have a legitimate chance of being first round picks and Young should get drafted as well.

In the secondary, seniors Alden Darby are multi-year proven starters in the Pac-12 and among the team’s best leaders returning from a team that led the league in passing defense and pass efficiency defense. It might not be a better group than the one that included Omar Bolden, Eddie Elder, Max Tabach, Clint Floyd and a younger Darby and Irabor in 2010, but at worst it’s a wash.

And the specialists? Well, considering ASU lost to Wisconsin and USC directly due to special teams blunders, it’s hard to imagine things will be worse even given the newcomers who will start at kicker and punter.

No, when you look a things on balance, the 2013 offense is far superior in terms of talent and the defensive weapons are at least as potent and probably more so. You’d have to go back to 2004 or 2005 to find an ASU team that could potentially stack up talent wise. Even ASU’s 10-win 2007 team wasn’t this good; it just benefited from a remarkably generous schedule and some momentum that allowed it to play beyond its expectation.

To be sure, this year’s Sun Devils have a brutal early-season schedule with a number of games that could go either way. Perhaps it’ll have a year like 2010, when it couldn’t seem to win a close game until a thrilling season-ending win in Tucson.

Of course, coaching has a lot to do with who wins the close games, and this Sun Devil squad is also better situated in that category than any other in the last decade.

But that’s an argument to be made another time. Soon

Up close and personal at Camp T.