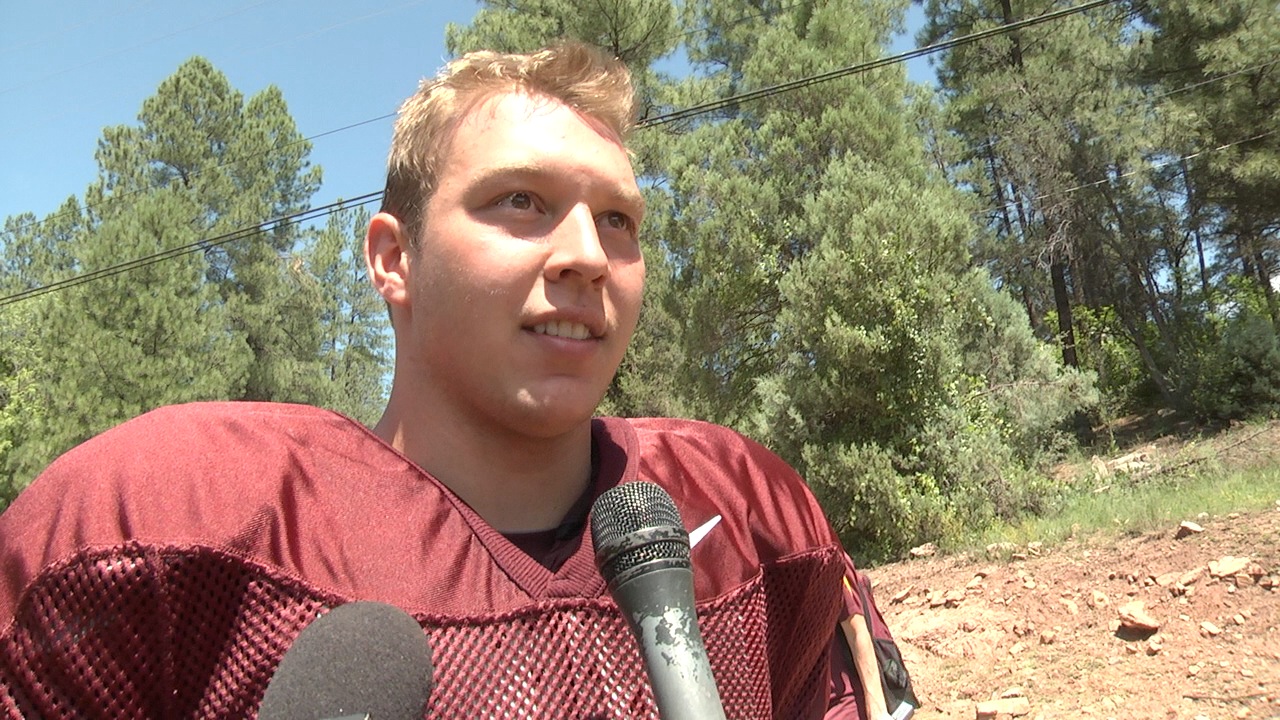 There was a noticeable change on the Camp Tontozona field during day two of practices for Arizona State.

Prized incoming freshman Chans Cox, who is on the depth chart as a line backer for the Sun Devils turned in his white defensive practice jersey for a maroon offensive jersey and got reps with the tight ends.

“Our offensive coordinator and tight ends coach wanted to look at him on a few plays, some packages and see him do some things,” said ASU head coach Todd Graham on Wednesday. “Obviously I want him to be on defensive and that’s probably where he will stay. But we just wanted to take a look at him today.”

Out of Blue Ridge high school in Pinetop, AZ, Cox was one of the state’s top recruits for his ability on defense. But he was also rated by many as one of the nation’s top fullbacks as well. While Graham mentioned that he still see’s Cox longterm as a linebacker with the program, they want to put him in the best position to be successful in all facets of the game.

Cox mentioned that it is an adjustment switching from offense to defense just for a day, but based on the experience he had in high school, it was something he is comfortable with.

“It’s all just completely different,” Cox mentioned. “There are just a few things like routes and blocking schemes that I need to get used too.”

While most of the freshman or newcomers to the program are getting their first taste of Camp T, which is an environment they might not be used to, Cox is back in familiar territory not far from where he grew up and feels right at home.

“It feels a lot like home to me,” Cox said. “I love just being here. The tradition is great and I love that Coach Graham does this. It’s just a good team bonding and brotherhood building tradition.”

“I think he really likes it up here,” Graham added. “He’s obviously a great talent, he will do anything we ask him to do and he is going to be a great, great player for us. But yea, he is definitely comfortable up here in the white mountains.”