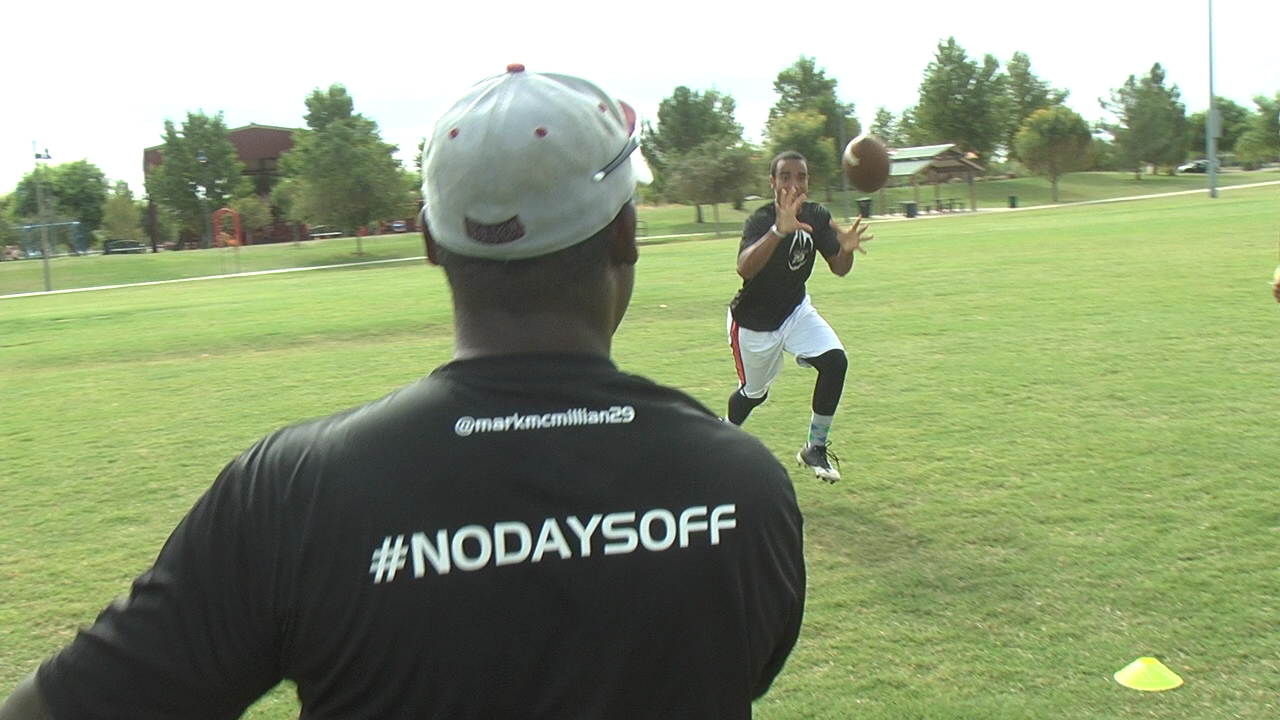 Mark McMillian didn’t have a perfect life as a kid growing up in South Central Los Angeles, but he stuck his nose to the grindstone and had a standout career at the University of Alabama and in the NFL for eight years.

It’s McMillian’s time to give back.

McMillian is so passionate about the youth that play high school football, that he – along with his close friend Dee Grayer – decided to create “Camp 29.” The number 29 is inspired by the jersey number he wore in the NFL.

“No one’s really coming back to our neighborhood and reaching out and helping us out, so I feel it’s my duty,” McMillian said.

“I see the passion still in him,” said former Brophy Bronco Justin Barnes, who will head off to Benedictine University in the fall to continue his football career. “Even though he can’t play [anymore], he plays through us, like he trains us to our highest potential.”

“He just has a heart and determination to get all the young people that don’t get noticed or even those who get noticed to get them to their highest level of competition,” Barnes said.

“I try to teach these guys about life, about hard work, about dedication, about education, about going to school, because not everyone’s promised to go to the NFL,” McMillian said. “I just want to make sure these guys understand the great opportunity they have to still be able to play one of the greatest sports, and that’s football.”

The camp ran about 45 minutes and McMillian worked Barnes and his former Brophy teammates Devon Allen and Jordan Robinson very hard, which is something all three young men were looking for as they’re preparing to split off for their separate destinations.

Allen has already spent six weeks up in Eugene, Ore., getting some work in with his Oregon coaches and teammates before getting a week off. Allen decided to come back to Arizona and spend time with his family and get some good work in with Coach McMillian and his Bronco brothers.

The ladder drills McMillian had the kids run was quite taxing on them initially, but you could see them getting the hang of it, especially Allen, who hasn’t really had too much run with that type of drill lately.

“A couple days ago I did it,” Allen said. “As we go, as I got more and more days out here it [got] a little easier. It’s still a little bit of a shock, my feet feel a little heavy, but we’ll see what we can do.”

“Anything I do extra is icing on the cake, and when I come back to Eugene and start working again for camp, we’ll start the season,” Allen said.

Robinson, who transferred from Brophy College Prep to Mesquite High School, felt the challenge that McMillian was throwing out there and he threw that energy into his work, which he thought was pretty good overall.

“Every day, when you come out and you do ladders or you’re running, you have to put full effort into it, or you’re not gonna get better,” Robinson said. “I hit some ladders, but you learn from it, you have to do your pushups. Eventually, you’re not hitting that ladder and eventually you’re feet get crisper and crisper and everything takes off from there.”

A lot of kids wouldn’t do what Allen, Robinson and Barnes are doing right now: get up early every day during the summer to come out and sweat and grind on a hot morning. But this is what’s going to separate these three young men from the pack.

Their dedication and love for the game of football, and their desire to be the best they can be will ultimately shoot them to the top.

“I’ve seen an improvement from the beginning of summer all the way to now and I’m excited about what’s gonna happen in the next four or five years,” Barnes said. “Hopefully God helps me and my path to make it to the bigs [NFL].”

Devon Allen’s stock high as ever after All-American game 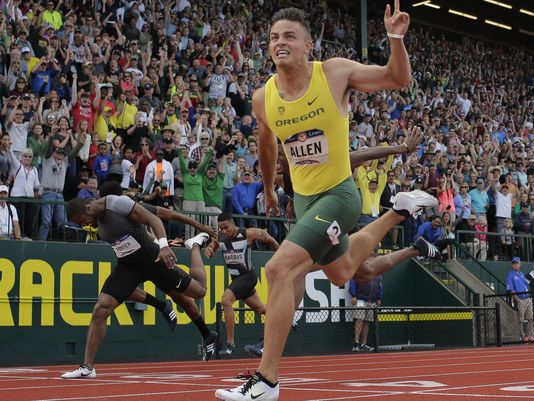 Blame It On Rio: Valley’s Own Allen Still Peaking 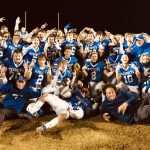