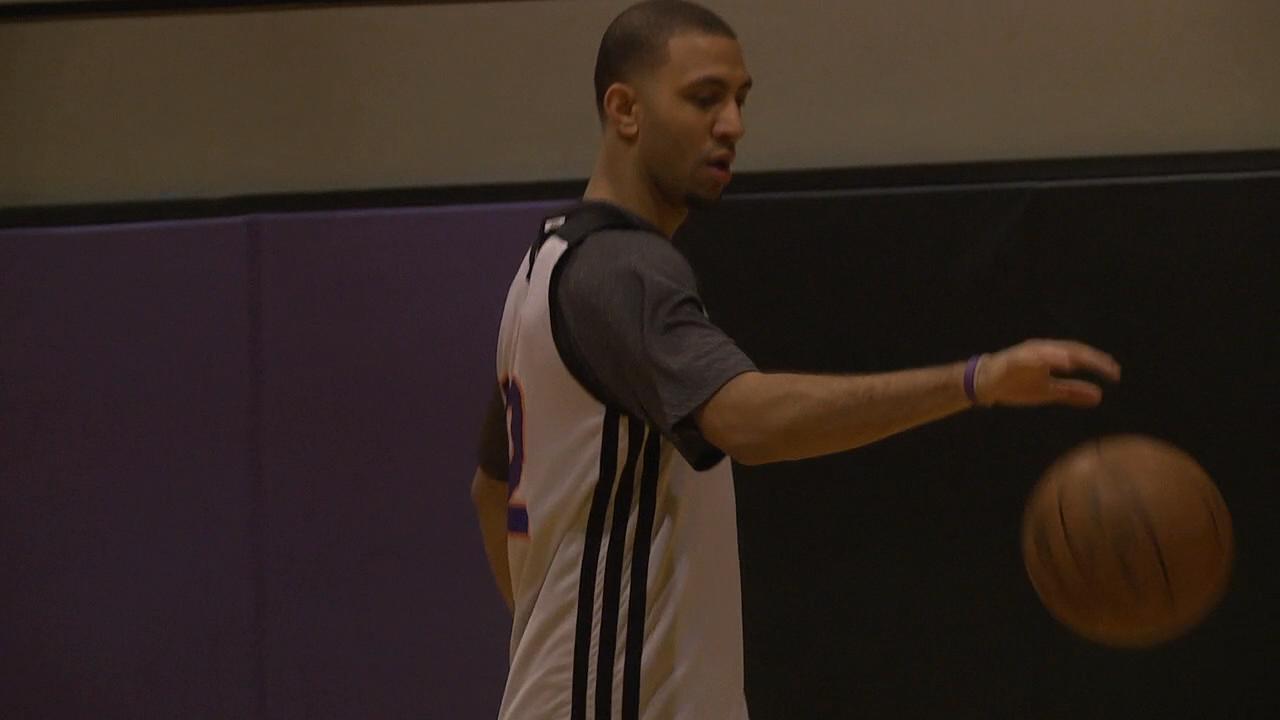 Suns guard Kendall Marshall didn’t mince words with me last week after one of their practices when I asked him if he was disappointed in how his rookie season went in Phoenix, Ariz.

“Yea, definitely disappointing,” Marshall said. “When you finish last in the West, I don’t think there’s anything to be happy about.”

“Personally, I didn’t prove that I could be on the court early in the season,” Marshall said. “When I did get my chance in the second half of the year, I still didn’t do as well as I wanted to because we were still losing.”

Marshall is currently one of 12 Suns players out in Las Vegas, Nev., for the NBA Summer League. This is Marshall’s second summer go-round in Las Vegas with the team.

Things should be a bit easier for him, at least out in Las Vegas, being that he has familiar faces alongside him in Diante Garrett, Markieff Morris and PJ Tucker, all of whom were with Marshall at the NBA Summer League last season.

“We definitely have a veteran summer league team, [with] guys that have been here before,” Marshall said. “We’re excited. We’re not just coming in here to play a couple games and get outta here, we want to win, we want to play together and get off on the right foot before the season.”

Marshall played in 11 of the Suns’ first 41 games last season, but picked up more playing time in the final 41 games, getting in on 37 of those games.

In those 48 games Marshall appeared in, he averaged three points, three assists and about 15 minutes per game. Not that impressive coming from a guy selected No. 13 overall in the 2012 NBA Draft.

With the Suns making moves and bringing in several guard (Eric Bledsoe, Archie Goodwin), Marshall can see the writing’s on the wall for him this season. The competition for playing time and spots will be at a premium, and he knows it’s time to kick it into another gear in all aspects of his game.

“I wasn’t as consistent as I wanted to be last year,” Marshall said. “If I can become more consistent on the defensive end, and make my presence felt offensively, getting guys in position to score, as well as taking advantage of my own possessions, I think I can have a pretty good summer league.”

A pretty good summer league and regular season is what Marshall is hoping to double up on in his second season in Phoenix, Ariz.

While Marshall’s taking care of all that, it should make all his doubters think again about him and what he can do for the Suns.

“I’ve been in ‘prove-it’ mode since I got here,” Marshall said. “With them bringing in Goran [Dragic] last year and Eric [Bledsoe] this year, two great guys, I’m excited to play with them, but at the same time, I want to prove that I can play with them and be on the court with them.”

In order to do that, Marshall says he needs to take advantage of his 6’4″, 200 pound frame, which he’d like to subtract a bit of on the weight end of things. He says he’d like to drop a few pounds so he can be a “bigger threat” on offense.

One of the big questions I’m sure Suns fans would like to know is: “How different is Marshall in Year Two, as opposed to Year One?”

“A lot more confident,” Marshall said. “I know what I’m walking into, I know what it takes [to succeed], and it’s a total different mindset than what I came in with last year.”

As to whether or not he’s worried about his future in the NBA and with the Suns:

“At the end of the day you can only control what you can do,” Marshall said. “All I can control is how hard I work, that’s all I’m worried about.”