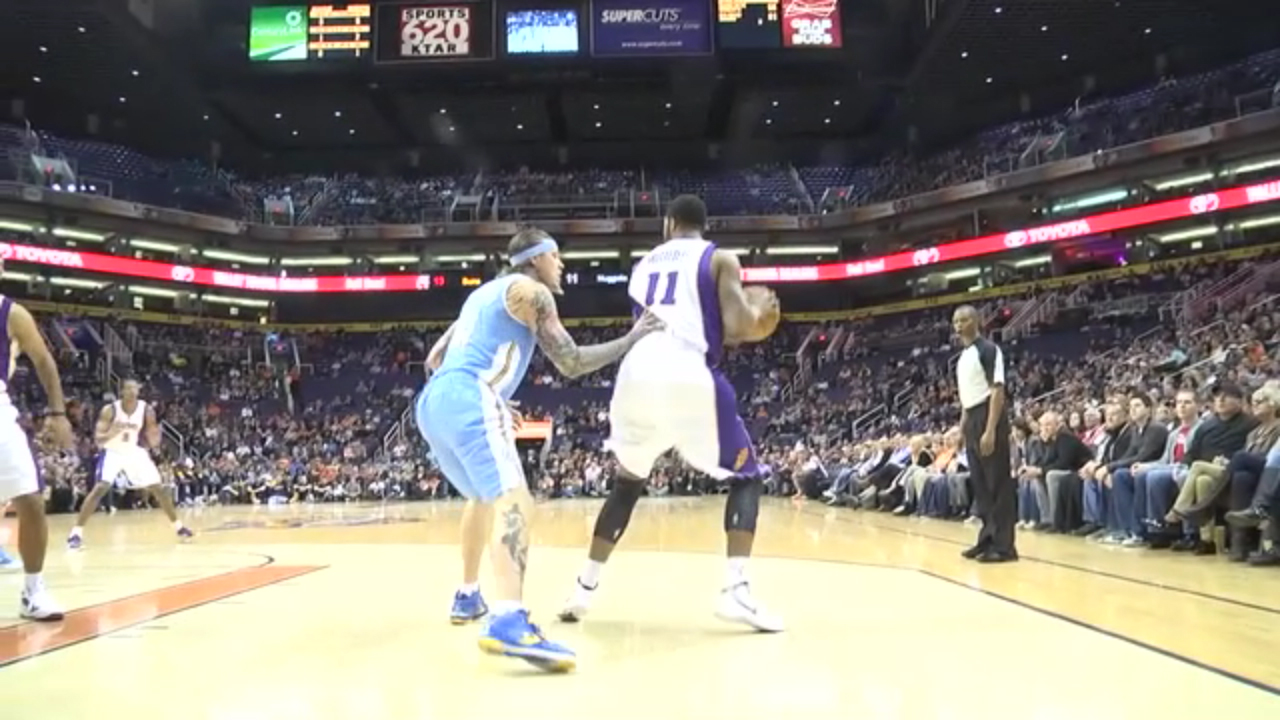 It’s summertime, so you know what the NBA does during the summer? They have their summer league in Las Vegas, Nev., and once again the Phoenix Suns will be there in full force and they’ll be led by first-year head coach Jeff Hornacek.

Summer league teams aren’t usually manned by their head coaches (even though Jason Kidd, another rookie head coach, is coaching his Nets team in Orlando, Fla.). Hornacek said it’s a chance to get to know his guys and see where they are in the early going.

“We’re out there showing them in the summer, because that’s what’s going to carry into the regular season,” Hornacek said. “It gives them an opportunity to really know the level of commitment that we’re asking these guys to give.”

Because the league is only three days, Hornacek and his staff can’t really get in depth with what they’re trying to show these young men. They’re going to have to keep it strictly on the basics of the game and go from there.

“It’ll all be simple stuff,” Hornacek said. “We just want to see how these guys run it, see if anything works well for some of these guys.”

“It’s gonna be much different when you get all of the main players here, but it’s an opportunity to see what they can do,” Hornacek said.

This will be Kendall Marshall’s second summer league with the Suns. Based off his first practice with this group, he can see right away what Hornacek wants out of his guys.

“He wants us to run, he definitely wants us to run,” Marshall said. “We covered some secondary things, drags, getting the ball to the other side of the court, making sure we’re getting our bigs involved.”

“We definitely want to get the ball up the court,” Marshall added.

PJ Tucker, Diante Garrett and the twins, Marcus and Markieff Morris, will join Marshall in Las Vegas next week. For Marshall, things will seem a bit more in place knowing he’ll have some familiar faces lining up next to him in Nevada.

“I guess you can say a veteran summer league team, guys that have been here before,” Marshall said. “We’re not just coming in here to play a couple games and get out of here. We want to win, we want to play together and get up on the right foot before the season.”

Marshall said it’s important to him to be a contributor for the Suns, after having an up and down rookie season for them. In order to do that, he’s got to get off on the right foot during the practices leading up to the summer league and in the summer league itself.

“I wasn’t as consistent as I wanted to be last year, so if I can become more consistent on the defensive end and make my presence felt offensively, getting guys in position to score as well as taking advantage of my own possessions, I think I can have a pretty good summer league,” Marshall said.