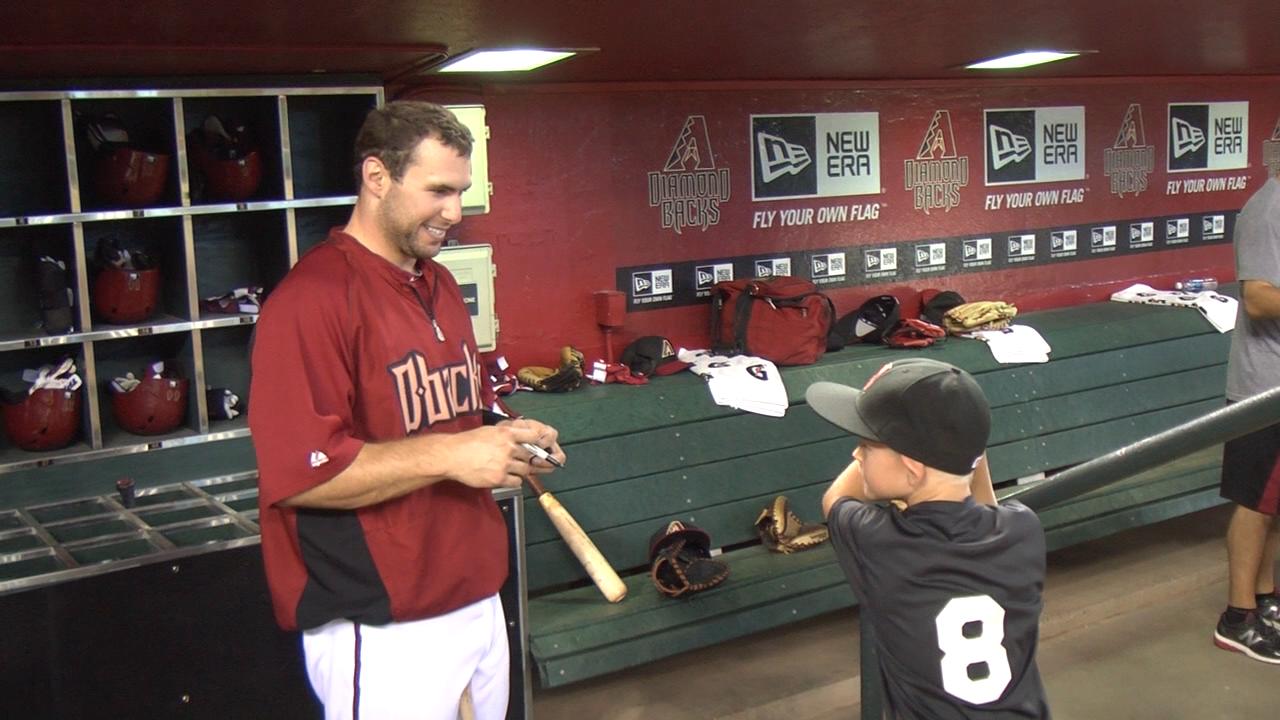 Paul Goldschmidt’s been nothing short of brilliant for the Diamondbacks in the first half of the season.

That brilliance on the diamond earned him his first ever trip to the MLB All-Star Game, which will be held at Citi Field in Flushing N.Y., on Tuesday evening.

Goldschmidt is the first first baseman in franchise history to be selected to the All-Star Game.

Goldschmidt won’t be traveling alone. Along with his family, he’ll be accompanied by teammate Patrick Corbin, who was also named a reserve for the National League squad.

“I think it’s pretty self-explanatory, it’s well deserved,” Diamondbacks manager Kirk Gibson said on Goldschmidt and Corbin both being selected to the All-Star Game. “It’s a great honor, they’ll have a great time, being there, doing it, getting a chance to perform, meeting some of their enemies. It’ll be a cool experience for them, and we all feel happy for them.”

Although it’s a great honor to be named to the National League All-Star team, it wasn’t one of Goldschmidt’s goals, nor was it something he spent a lot of time thinking about as he came into this season.

“[I’m just] gonna try and go out and play,” Goldschmidt said. “When it’s over, go back to playing like I have been.”

“To be honest, I hadn’t really considered it, I [just] enjoyed playing baseball, at whatever level,” Goldschmidt said. “I enjoyed playing when I was in the minors, now in the big leagues, high school, college, whatever.”

“When something like this happens, it should be a fun experience,” Goldschmidt added.

Gibson made a call to Giants manager Bruce Bochy, who’ll be managing the NL All-Star team. Gibson told Bochy that he needs to take a little more extra time out of his schedule to check Goldschmidt out, because of the type of person he is and what he’ll bring to the team.

Knowing that his skipper took the time to reach out to Bochy and do that made Goldschmidt’s heart leap a bit with excitement.

“That’s a big compliment coming from Gibby,” Goldschmidt said. “He’s obviously seen a lot, been around forever and knows how to play the game.”

As low key as Goldschmidt is, his family is just as low key, even when he broke the news to them that he was named as a NL All-Star reserve.

“They were like, ‘Hey, congratulations,'” Goldschmidt said. “It wasn’t a big thing.”

“It means I had a good first half,” Goldschmidt said. “It’s good, but we’re trying as a team to make the playoffs. We got to do that in 2011 when I was here. That was a lot more fun.”

“Obviously that’s our goal this year,” Goldschmidt said. “It’s a team sport. We’ll have a fun couple days, 48 hours or whatever and move on and get back to our goal, and try and give ourselves a chance to make the playoffs.”