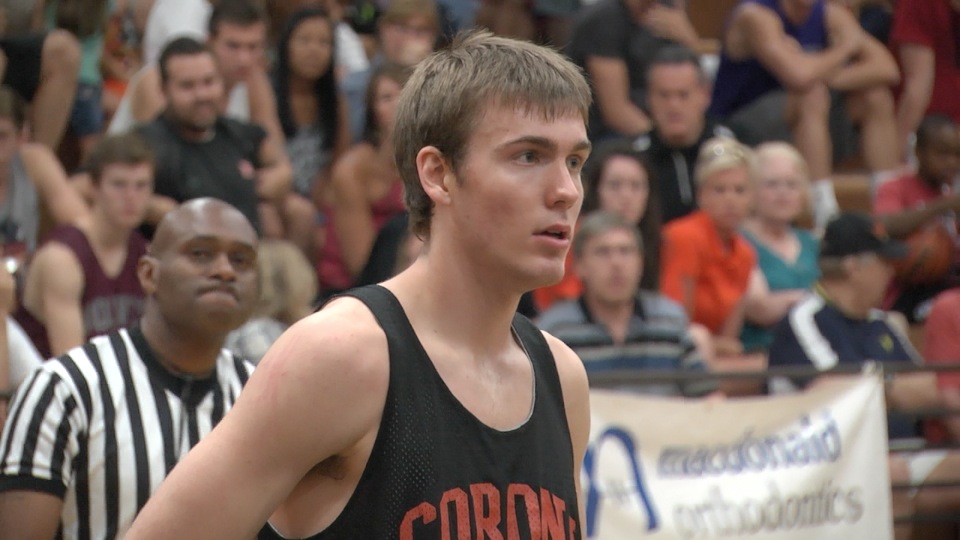 The two-time defending state champion point guard Casey Benson decided to end his recruitment before the start of the senior season. On Sunday night, he announced his verbal commitment to the University of Oregon.

“It’s a tremendous blessing,” Benson told Pros2Preps.com via FaceTime. “I am excited to go up to Oregon in a year and it should be a great opportunity.”

For Benson, he chose the Ducks over other Pac-12 schools such as Arizona State, Stanford and Colorado as well offers from Gonzaga, Saint Mary’s and New Mexico just to name a few. He has been rated as one of the top point guards on the west coast and decided all signs pointed toward Eugene.

“They have been recruiting me for a long time now and I knew everything I needed to know about the school,” Benson explained. “They have a tremendous coaching staff, a tremendous program and you know, it just felt right for me to make this decision. I couldn’t be more excited and it should be awesome.”

As a junior last season, Benson led his Corona del Sol Aztecs to their second consecutive state title while averaging 20.7 points, 3.7 assists and 3.4 rebounds. One of the biggest factors for him in ultimately choosing Oregon is not only the program’s rise in last year coming off a birth in the Sweet 16, but also the opportunity to play in the Pac-12.

“I’ve always dreamed about playing in the Pac-12 since I was young and it’s kind of like a dream come true,” mentioned Benson. “But it doesn’t stop here, I have to keep working and keep playing hard and getting better.”

Benson has had a busy summer suiting up for his high school in summer league play as well as for his club team Arizona Power. But coming up in a week, Benson will travel to our Nation’s capitol to compete in an invite-only camp called the Big Shots All-American Camp. He will be traveling there will with two other Arizona players. His teammate Connor MacDougall and Dobson’s Kodi Justice.

It doesn’t stop here, I have to keep working and keep playing hard and getting better

“That should be a great opportunity,” Benson said. “It should be fun, a lot of great players going there. I am just excited to go there and play up against some of the best guys and see where I stack up and compare myself.”

Now that his college decision is out of the way, Benson can now shift his focus on one thing and that is his last season in an Aztec uniform. Corona looks strong as ever as transferring into the school along with Connor MacDougall is Alaska-transfer Dan Kuiper who is one of the state’s top 2015 players and future 2017 star, Alex Barcelo. Not to mention a lot of good returning players including junior Cassius Peat.

“Obviously we have had some great players come in and also some key returners and it should be a great season,” mentioned Benson. “Everyone is just finding their roles and finding their niche. It should be a really fun senior season.”