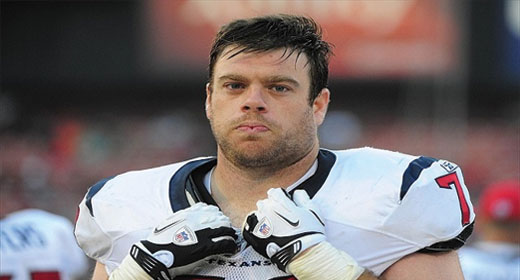 The Cardinals offensive line just got stronger with the addition of former Chiefs tackle Eric Winston.

Per a league source close to ESPN NFL Insider Adam Schefter, Winston – who was released by Kansas City in early March – will ink a one-year deal with the team, which is expected to be finalized later Thursday.

Winston started all 16 games at right tackle for the Chiefs last season. He was due a salary just south of $5 million for the 2013 season.

Winston spent his first five seasons in the NFL as a member of the Houston Texans before arriving with the Chiefs last season.

In fact, in the last five seasons, Winston hasn’t missed a single snap, which should be music to the Cardinals’ ears, considering the problems they’ve been dealing with at the tackle position in recent seasons. Having Winston will give them options at right tackle – a position that Bobby Massie definitely improved upon as the 2012 season went on.