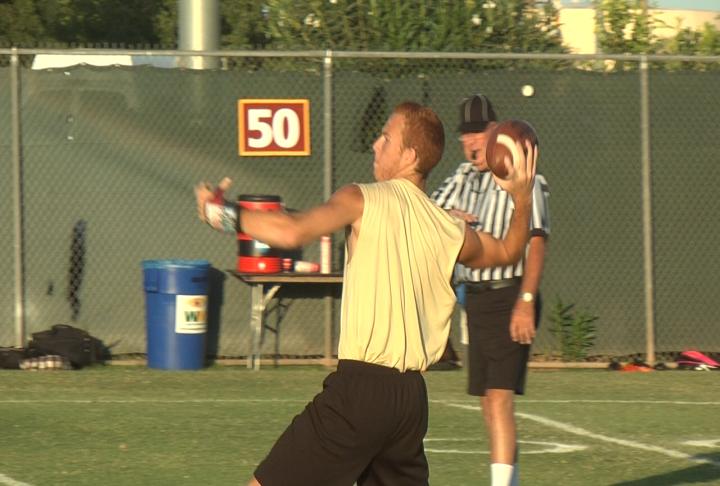 Throwing for almost 2,700 yards and 30 touchdowns last season will get you that kind of attention from next-level schools.

The Basha QB led his team to a 7-4 mark last season. He believes he has the kind of talent beside him this season that will take the Bears even further this coming season.

“We’ve got some guys that can run really well,” Werlinger said. “If I get the ball in their hands, I think good things will happen.”

Being at Basha for his whole career and learning under head coach Bernie Busken has gotten Werlinger ready for the next level of football. He feels he has the proper skills necessary to be an impact on a team at the college level.

“As far as system goes, I think I can move fairly well and I can throw it too, so a little bit of both I think I do well at,” Werlinger said.

The interest in Werlinger is there, but no formal offers have come in yet. To him, that’s fine. Just talking with him and watching him last week during the passing league tournament at ASU, he seems like a very confident young man, and he’s very poised and strong with his throws. He knows he’s got what it takes to make it big on the college circuit.

Until then, Werlinger has to keep his mind on the task at hand, which is to take Basha to higher heights in 2013.

“In my last year, I just want to enjoy it, my last year of high school football,” Werlinger said. “We’re just trying to get better every day, we wanna win some games [and] hopefully get to our state championship. That’s our goal at the end of the season.”