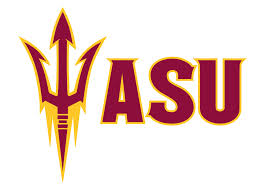 Nobody knows the pressure the of playing on the big stage under the bright lights like Jake Plummer.

Whether leading Arizona State to the brink of a Rose Bowl championship and possible co-national title, engineering the Arizona Cardinals to their first playoff victory in decades or directing the Denver Broncos in the post-John Elway Era, Plummer saw it all during his quarterback career.

Maybe that’s why he can empathize with Texas A&M’s Heisman Trophy-winning quarterback Johnny Manziel who tweeted over the weekend about how he “can’t wait to get out of College Station.”

Plummer knows the pressure of being “the guy” publicly can be draining.

“When it got to where we were winning [at ASU] and now we’re thrust into the national spotlight you know…where I was going to class…it was a big deal,” Plummer explained to Brad Cesmat in a recent interview on ‘Big Guy on Sports.’ “It’s changed so much. Manziel…I see on sites someone’s tweeting or posting something about every place that kid goes. I can understand why he wants to get out of [College Station].”

It’s certainly relatable for Plummer who replaced the icon Elway in Denver where the Broncos always have been and always will be kings of the local sports scene in Colorado. He believes the key for Manziel and other high-profile athletes is finding the balance between your sport and your social life.

“I don’t know if he has much privacy,” Plummer told Cesmat in describing Manziel’s lifestyle. “It can drive you into a shell and you don’t want to leave your house. You hate to see that…from what I hear he’s an energetic, fun guy to be around and he’s a great football player. I hope he stays three more years in College Station because watching him on Saturday’s is a lot of fun.”

Plummer never shied away from going out in public during his playing days but said he usually wore a baseball hat and took the road less travelled, whether that be sneaking in a backdoor or trying to find a quiet place in the corner away from the crowds.

“You can be the [center of attention] if you don’t watch it.”

Manziel hasn’t exactly dodged the spotlight since winning the Heisman in December and helping the Aggies resurrect their football program in a single year. The redshirt sophomore has been spotted sitting court side for NBA games, partying at Marti Gras in New Orleans and most recently threw out the ceremonial first pitch at a San Diego Padres game.