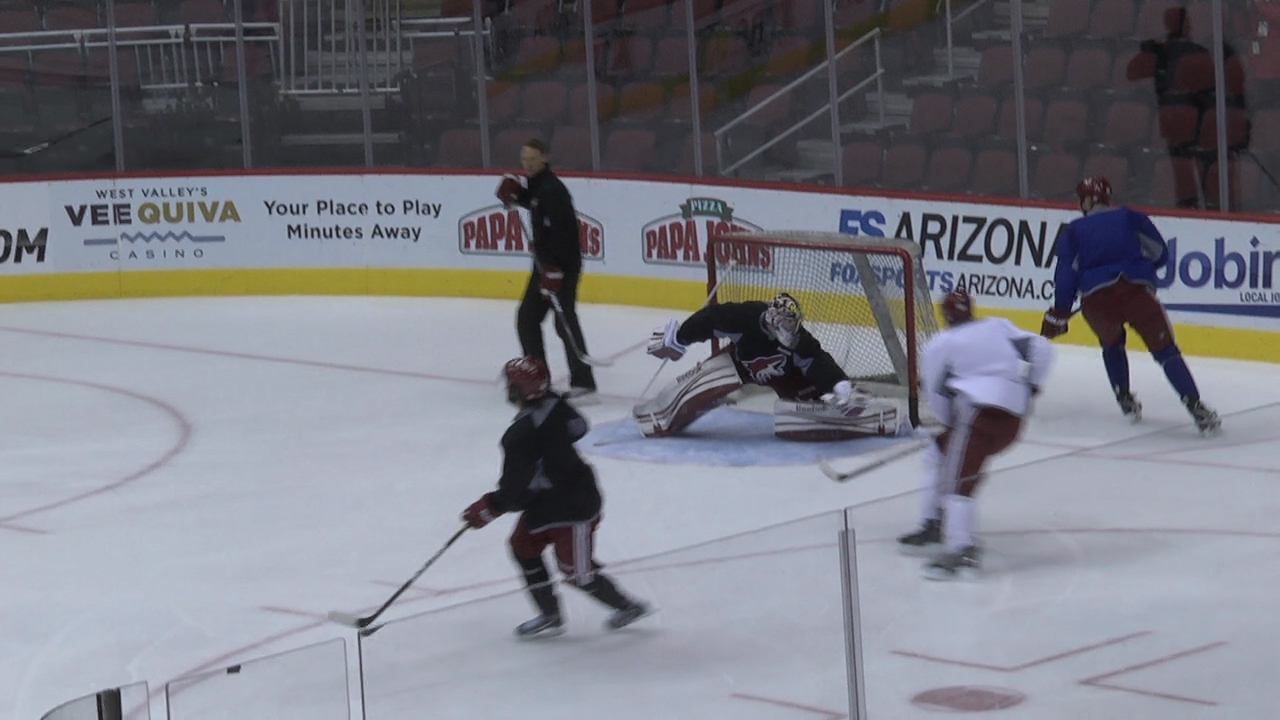 July 2 is right around the corner.

That’s the day the NHL set in stone where a deal has to be in place, allowing the Phoenix Coyotes to remain in Arizona. If not, then their future will be someplace else.

Negotiations between the NHL, the City of Glendale and Renaissance Sports & Entertainment – the Coyotes’ prospective buyer, otherwise known as IceArizona – reached a new level on Friday night after the city held a public workshop to lay on the table a proposed agreement between the two parties.

The proposed deal has the city paying IceArizona $15 million per year for the next 15 years to run Jobing.com Arena. That money would also help the group in a purchase of the team from the NHL.

The city has some serious reservations about this deal, which is cutting close to the July 2 deadline.

The deal allows IceArizona to end their lease at the arena after five years and possibly move the team if they lose more than $50 million during that time period.

In a new twist, the city turned the tables on IceArizona, shooting back with a counterproposal of their own: a five year out of their own, which is similar to what IceArizona laid out for them.

“We’re not going to agree to it. It is a non-starter,” IceArizona spokesman David Leibowitz said after the meeting.

Leibowitz said city negotiators asked for an out-clause three weeks ago and IceArizona executives said no. So, negotiations continued on with no more thought of it, until Friday, which baffled them.

The Coyotes have lost $20 million on average in recent years and filed for Chapter 11 in 2009.

Here’s some of the concerns the city has with this deal:

The city’s also not too enamored with this tight time frame in working out a $225 million deal before this coming Tuesday’s deadline.

The league held it’s Board of Governors meeting on Thursday in New York, and Deputy Commissioner Bill Daly said, in no uncertain terms, that a deal needs to be in place if the Coyotes want their future to be in Glendale, Ariz.

“There are relocation options here. Those are the alternatives we’re going to consider,” Daly said.

Those options and alternatives? A possible move to Seattle, Quebec, Houston or Kansas City.

Darrin Lacey – a Glendale resident and Coyotes’ season ticket holder – attended Friday night’s meeting. He says it’s paramount to keep the team in Glendale, for a number of reasons.

“If the Coyotes do leave Westgate, that whole area will be affected, and I think Glendale will lose sales-tax revenue and potential businesses coming into the area.”

You can never say never when it comes to the Coyotes and their future in Arizona. If IceArizona executives somehow say yes to the counter-offer the city put down, city council members will vote on it on Tuesday, according to Mayor Jerry Weiers.

However, if IceArizona execs say no, then they can pull their offer off the table, making the Coyotes open for the league to shop around to any of the aforementioned cities and more.

What the NHL doesn’t want is more delays in this matter. They want a deal in place by Tuesday, or no deal at all. That would clear things up quite a bit for everyone that’s concerned with the Coyotes.