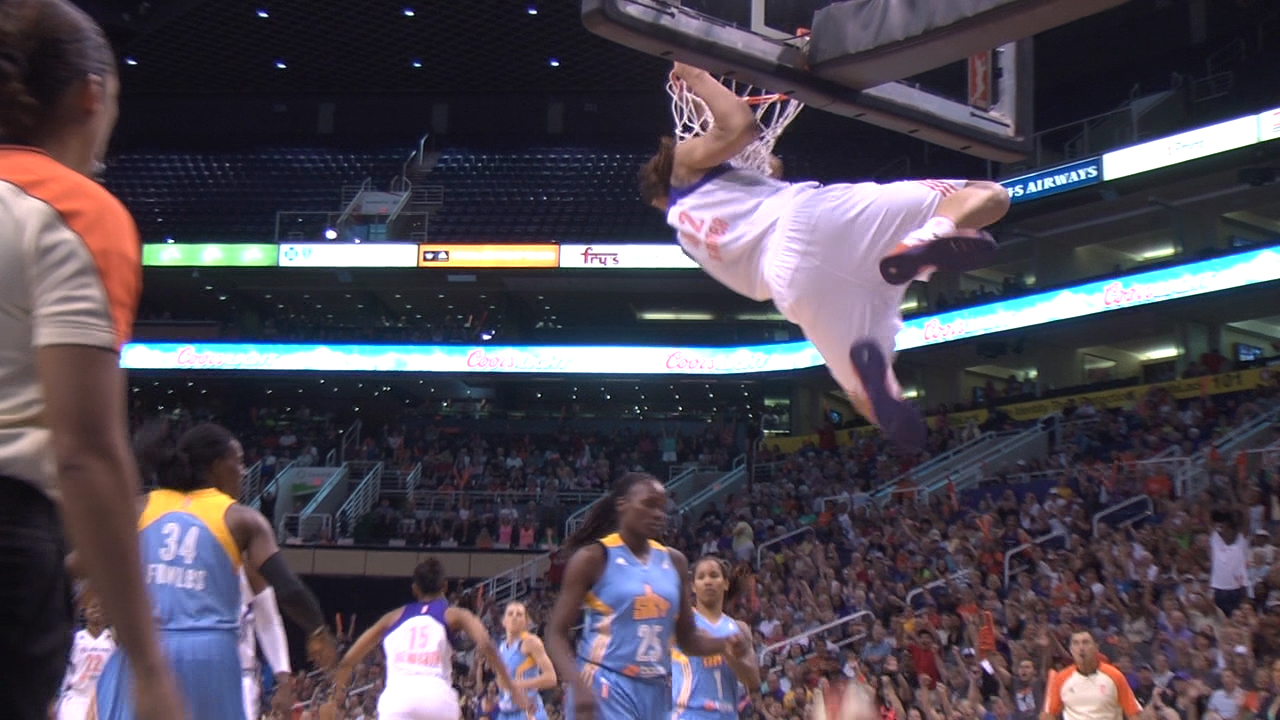 Brittney Griner couldn’t have started her Mercury career off any better. She scored the first two points of her pro career less than 30 seconds into the game against the Chicago Sky – those were the first points the Mercury scored this season consequently.

Then things changed drastically for Griner. Three fouls in the first period forced head coach Corey Gaines to sit her for the entire second quarter, or risk her getting her fourth foul, which would’ve most likely kept her out of a good majority of the second half.

“It was tough on her,” Gaines said. “It hurt us because she’s a big part of our team. I couldn’t put her back in.”

Griner turned her back on that rough first half and had a pretty solid second half, scoring 16 of her 18 points, including two dunks which nearly brought the house down at U.S. Airways Center.

“I was wide open and my teammates did a good job of finding me and getting me the ball,” Griner said. “Whenever I can dunk, the crowd got into it, so that was good.”

Griner also had eight rebounds and four blocks to go along with those points and dunks.

Needless to say, she was quite frustrated sitting there on the bench in the first half, not being able to help her team when they needed. The Sky led by 24 at the half. They’d go on to beat the Mercury, 102-80.

“It was very frustrating,” Griner said. “I came out and got early fouls, being stupid, leaving the floor, stuff I should know better about doing.”

Griner said she was a “little too pumped,” being that it was her first pro game with the Mercury.

“Next game I will definitely lock in,” Griner said.

If anyone knows the ups and downs of a pro basketball career, it’s Diana Taurasi.

Taurasi’s currently in her 10th season with the Mercury, and has seen it all in over the last decade. She’s been down roads [i.e. championships] Griner can only dream to travel down as she continues on in the WNBA.

“If we could get two halves of that, then we have a chance to win some games,” Taurasi said.