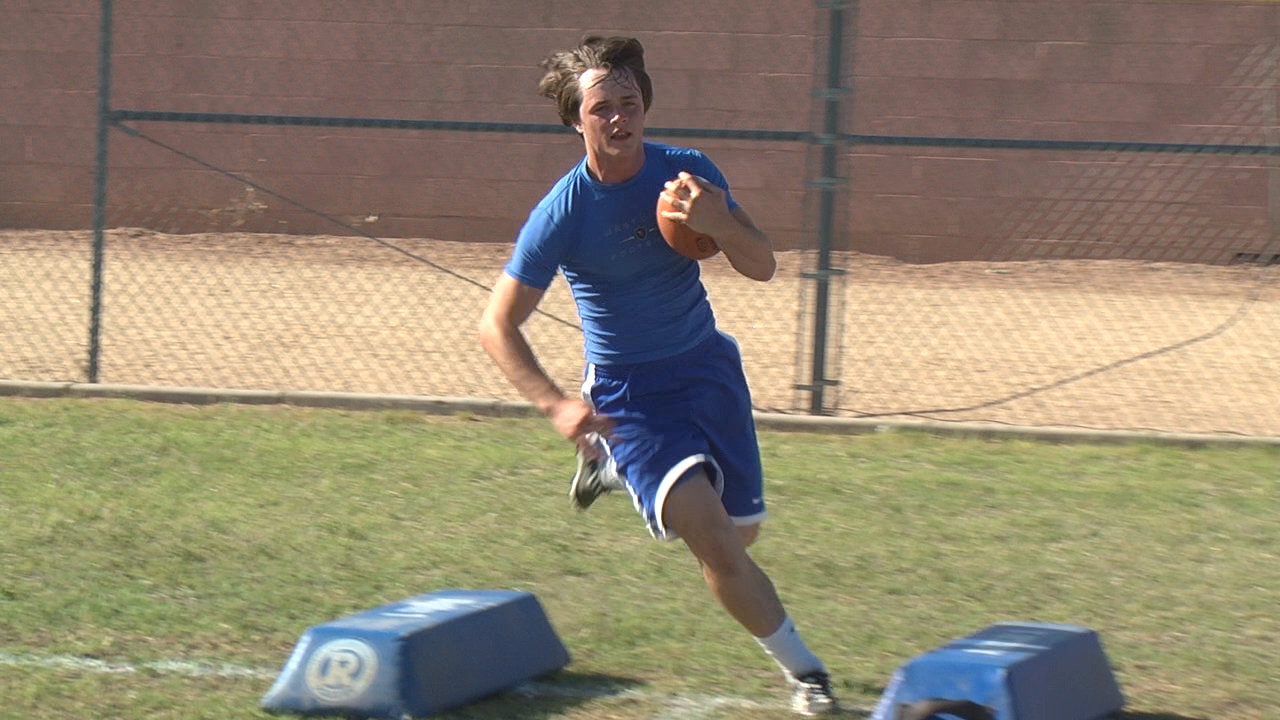 Traditionally, the Westview football team has been one of the better running teams in Arizona, and with the start of spring football practices, they’re looking to emphasize the run even more.

“It’s what we do,” head coach Jeff Bowen said. “If you’re gonna compete and have a chance to win titles you better play good defense, you better have good special teams and you got to be able to run the football.”

“That’s kind of what we predicated our style of play [on] since we’ve been here, so yeah, the running game is pretty important to us,” Bowen said.

Any successful running game has to have the proper horses up front to make holes that their quarterbacks and running backs can get through, and the Knights have that caliber of a front line.

“Our linemen do a great job,” Bowen said. “We’re not always the biggest group, but our kids know what we want to do and how we want to do it, so it always starts up front.”

Quarterback Kordell Provchy was third on the team in rushing yardage and rushing touchdowns last season. Provchy says the running game is a staple of what Westview wants to do offensively, and he’s all in on the run.

“You’re not gonna win a game throwing the ball for 1,000 yards, you need to have some type of run game,” Provchy said. “I prefer to run the ball.”

“When we do pass the ball, it’s always run first,” Provchy said. “If the run’s not there, then the pass is there.”

The Knights will be looking to senior running back D.J. Townsend to carry the majority of the carries this upcoming season. Townsend recently had foot surgery, so he’ll be working to get back to 100-percent.

“He’s strong, he can get the ball downhill,” Bowen said of Townsend. “He’s a tough runner, and Kordell’s a true dual-threat quarterback.”

For the Knights, the way they play football is quite simple when you catch how Bowen breaks it down.

“We’re gonna continue to do that, and when you cheat, we’re gonna make you pay,” Bowen said.