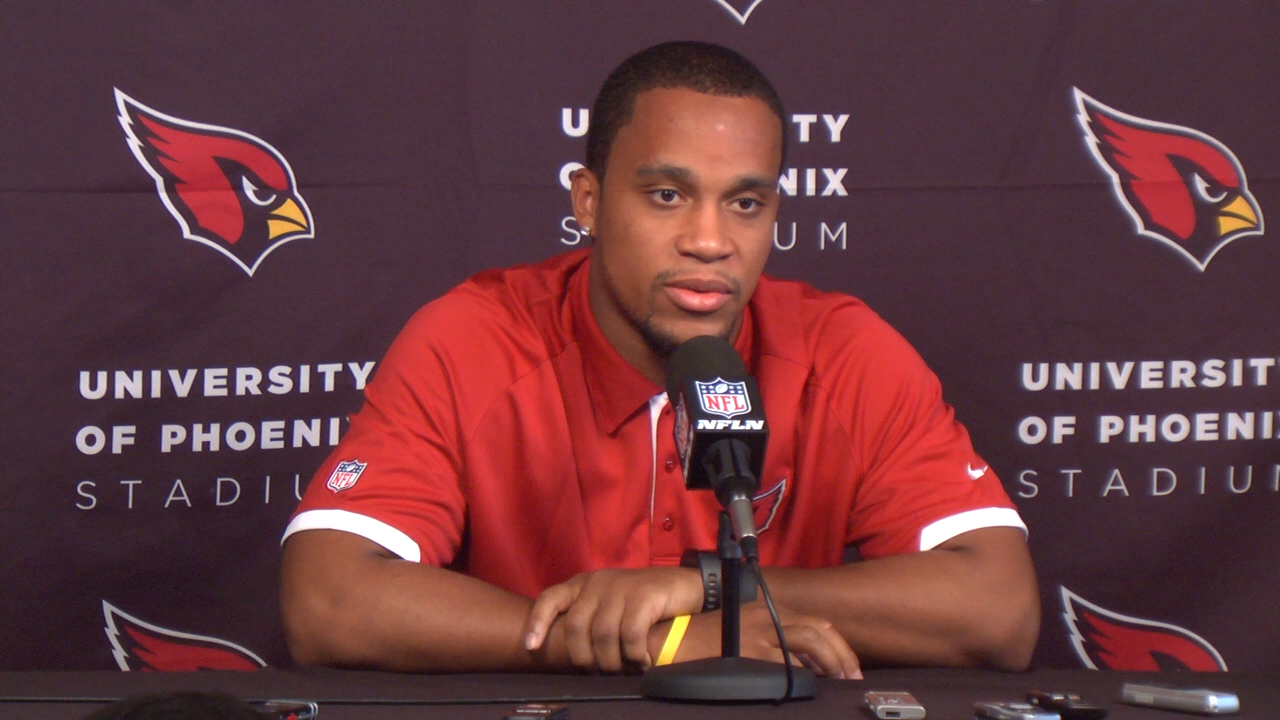 It was an “Invasion of the Tigers” on Thursday at the Cardinals facility, as middle linebacker Kevin Minter and safety Tyrann Mathieu were both introduced to the media.

Minter was a second round selection of the Cardinals in the 2013 NFL Draft, and Mathieu was picked in the third round by Arizona. Both men come out of LSU, and join fellow Tigers Patrick Peterson and Curtis Taylor on the roster.

The rookies will take to the practice fields in Tempe, Ariz., on Friday, as they’ll take part in their first minicamp.

Although it’s been a while since Mathieu’s faced competition after being dismissed from the LSU football team, he says he’s not rusty at all. In fact, he says he’s the total opposite, ready and raring to go.

“I wake up every day and I train and I workout,” Mathieu said. “I don’t think I’m going to be a step behind. I think I’m definitely going to have to catch up to speed with the NFL, so I’m looking forward to it.”

Part of Mathieu’s growth and his transformation from youth to adulthood is, for him, shedding the ‘Honey Badger’ moniker he took on while at LSU.

“I understand that there are a lot of people who were in love with the Honey Badger and they will not let it go, but for me, moving forward, I want people to recognize me as Tyrann Mathieu,” Mathieu said.

Mathieu said the nickname came during a “dark time” in his life, a part of his life he’s well away from right now. He only wants to focus on the bright times ahead with the Arizona Cardinals.

“I definitely have a long journey in front of me, and there are definitely going to be some challenges, but I think I’m prepared for it and I’m ready for it,” Mathieu said.

Head coach Bruce Arians wants to install Mathieu in as a safety, a position he’s not too familiar with, being he played a lot of cornerback in Baton Rouge, La., when he was with the Tigers.

Mathieu will fall in line and do whatever Arians and the Cardinals think is right for him to do.

“I think it’s a challenge,” Mathieu said. “I’ve been challenged before. I won’t say I’m comfortable with it, but it’s something that I’m willing to do.”

“If coach [Arians] believes in me to be back there making checks and making calls, I feel like I’m the guys to do it for him.”

Minter has seen a change in Mathieu. He’s seen a fire brewing inside of him since he got in the hot water he did at LSU.

He promises the Cardinals and their fans will see a dynamo in Mathieu moving forward.

“I feel, in these coming weeks, you’re gonna realize this guy means business,” Minter said. “He’s coming out here to play some football.”

In his own words, Minter “bleeds purple and gold,” the colors of his beloved Tigers. He called the program the “exact equivalent to an NFL team.”

The competition he faced there, he believes, has him well prepared for the rigors of life as an NFL linebacker.

The challenge for Minter will most likely come right out of the starting gates, as inside linebacker Daryl Washington will sit for at least the first four games of the regular season for violating the NFL’s substance abuse policy.

Depending on what happens with Washington’s domestic violence case, that suspension could go even deeper into the season.

No matter what happens in the future with Washington, Minter is ready to lock down one of those inside linebacker spots.

“Definitetly,” Minter said. “One of my best attributes is me getting to know the playbook fast, and I feel I’m [going] to get it.”

“I’m used to making the calls, I’m used to being the leader out there, and to be honest with you, I can’t wait to strap it on and show everybody what I got,” Minter said.

Being an inside linebacker, you have to play hard and play physical. Those are two traits that Minter always has at the ready in his defensive arsenal.

“I’m the middle linebacker, I gotta be a thumper,” Minter said. “If not, I shouldn’t be playing this position.”