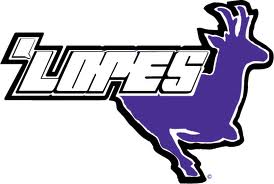 Grand Canyon’s hope of a national championship was dashed on Wednesday night, as the team fell to St. Edward’s, 9-5, at the NCAA Division II Baseball Championship in Cary, N.C.

The Lopes lost to the Hilltoppers twice in the tournament – St. Edward’s were 1-0 victors over Grand Canyon in the opening game in Cary on Sunday.

Grand Canyon ends a wonderful season at 40-19, the most wins they’ve gotten since they won 43 back in 1990. It was also the first time the Lopes made the national tournament since coming to Division II in 1999.

Grand Canyon fell behind St. Edward’s 7-0 within the first two innings, but they never gave in. The Lopes scored five runs over the next five innings to tighten the game up. But ultimately, they couldn’t overtake the Hilltoppers and advance.

Starter Coley Bruns (7-3) gave up seven runs (six earned) and eight hits over his one inning of work. He also had a strikeout in his time on the mound.

Trent Wilson relieved Bruns in the second inning and pitched four strong innings, allowing just one run on four hits, a walk and he had three strikeouts.