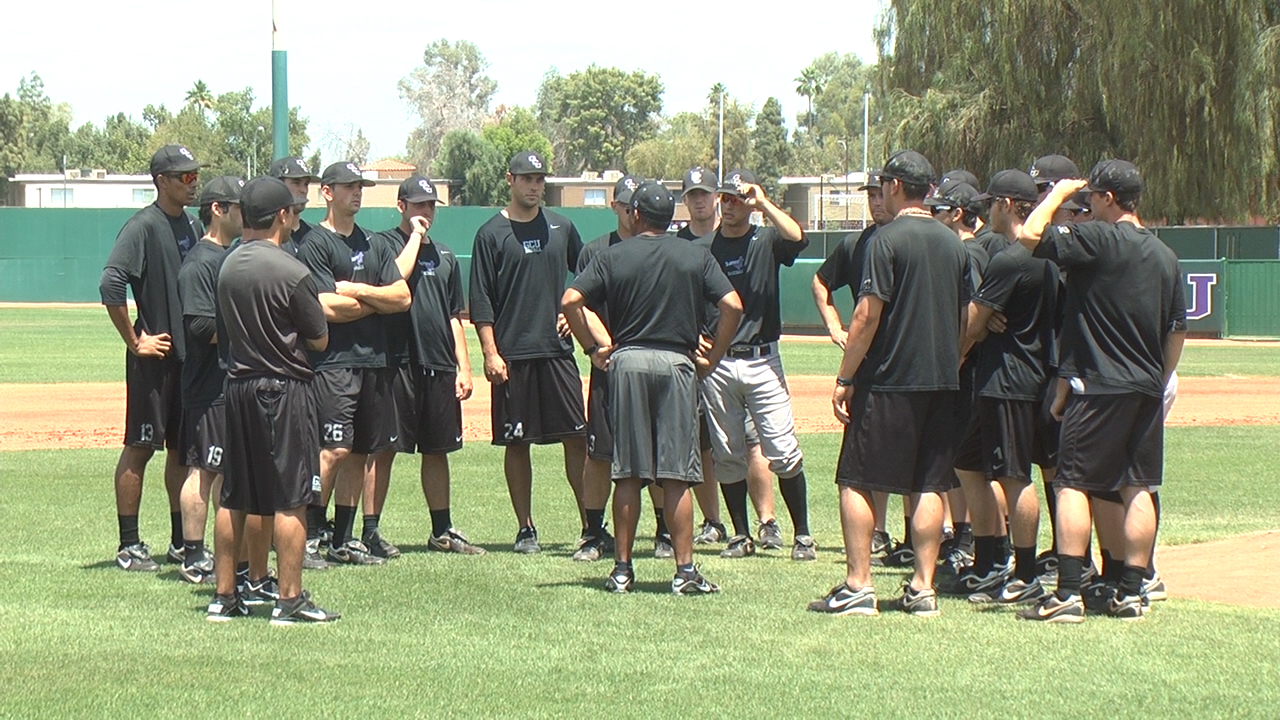 It was quite an eventful Thursday for the Lopes baseball team.

First, they get honored for all their efforts during the regular season, then they go out and win their first postseason game in 11 years.

Let’s start with the game, then the awards.

With the win, the fourth-seeded Lopes improved to 35-16. They’ll take on second-seeded Sonoma State on Friday night at 6 p.m. Arizona time.

The Sea Wolves advanced after beating No. 5 seed Cal State L.A., 11-2 earlier in the day.

Grand Canyon will be the designated home team for the game.

Grand Canyon was 1-6 against the Red Storm this season heading into the game.

Naderer has had Dixie State’s number recently. Over his last two starts against the Red Storm, Naderer – named PacWest Conference Freshman of the Year on Thursday – has struck out 19 batters in 13 innings.

On the offensive side of things, Chris Lindmark swung a hot bat, going 3-for-4 with a team-high three RBI. Steven Swingle, Garrett Jeffries and Derek Mendoza had two hits apiece, while Mendoza and Brandon Smith drove in two runs apiece.

When the Lopes score in double-digits, they’re unstoppable. Including Thursday’s game, Grand Canyon has tallied double-digit runs 11 times this season, and they’re undefeated in those games.

Now to the awards.

The annual PacWest All-Conference and Daktronics West Regional Baseball teams were revealed, and five Lopes players earned All-Conference honors and one player was named to the First Team All-Region team.

In just his second season in the driver’s seat, Stankiewicz helped his team earn their most wins (35) and their first postseason birth since 2002.

The aforementioned Naderer went 8-2 with a 2.62 ERA in 13 starts to earn his Freshman of the Year award. He led the Lopes in wins, complete games (4) and strikeouts (67).

Naderer also earned a spot on the Second Team All-Conference. He’s one of 13 PacWest pitchers with a complete game shutout during the regular season.

Jeffries is hitting .350 (49-for-140), with nine doubles and 23 RBI, which slots him 10th among conference hitters in batting average. He’s also gotten some relief action, going 1-1 in five appearances out of the ‘pen.

Bruns worked his way into the Lopes starting rotation after starting out in the bullpen. He was 7-1 during the regular season with a 2.21 ERA.

Bruns is very bullish on opposing hitters. They’re hitting just .195 against him, which is the best mark in the conference.

Outfielder Harlyn Griffiths was named to the Third Team All-Conference team. He made 28 starts in the outfield and is batting .352 (32-for-91), with two doubles, a triple and a career-high 18 RBI.

Last, but not least, Mendoza was selected to the Daktronics West Region First Team, which in turn, makes him eligible for All-American consideration, which will be announced later on this month.

Mendoza is just as hard a worker in the classroom as he is on the field. He was also named to the Capital One Academic All-District First Team, which again makes him eligible for All-American consideration.