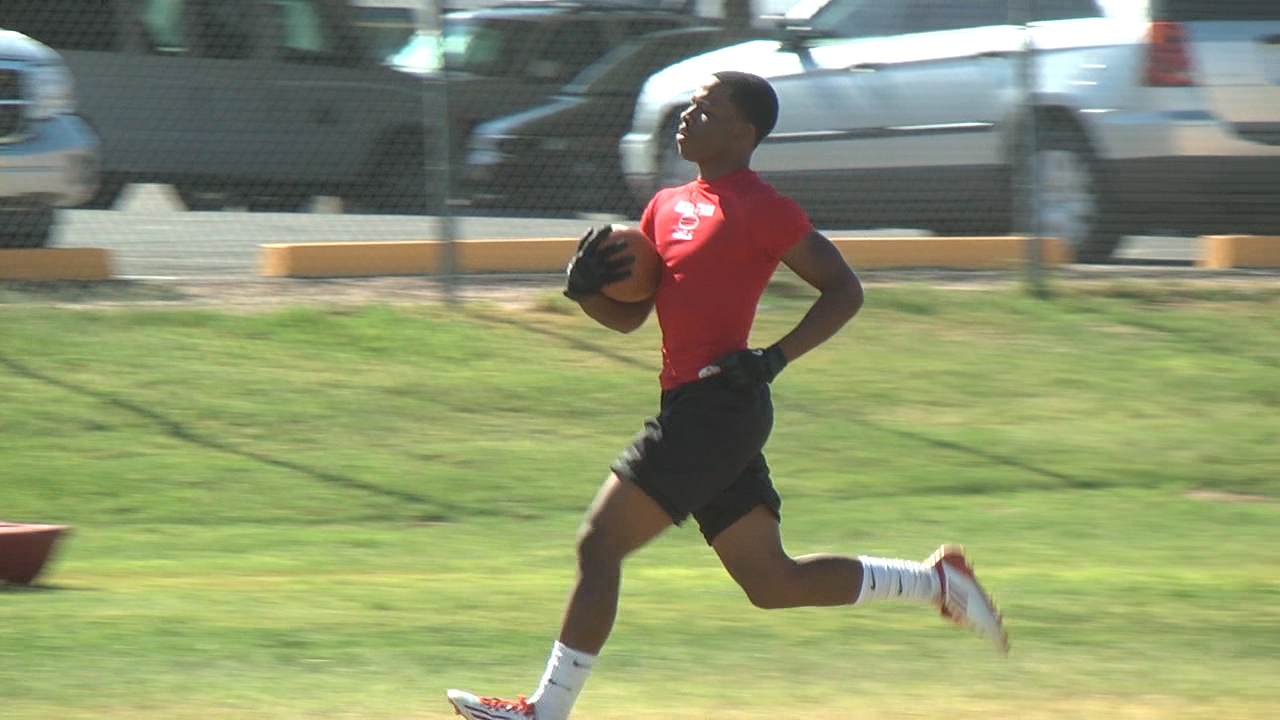 That’s from Owls head football coach Tony Cluff, who has a great running back on his roster by the name of Jordan Green, who’s heading into his senior season.

Green had a breakout 2012 campaign, which saw him rush for 1,196 yards and nine touchdowns.

All wasn’t roses for Green last season. He fumbled the ball nine times, six of those were lost to the opposition. That’s something he’s worked on a lot during spring practices, the fundamentals of running the football.

Green is the ultimate definition of a gym rat, just translated to the football field instead of the gym.

“It doesn’t matter where we put him, we get him the ball and he does things with it,” Cluff said.

That kind of attitude and approach Green brings – a lunch pail attitude – has rubbed off on the entire team, to good effect.

“Definitely,” Cluff said. “People look at Jordan, especially now that he’s a senior and look at what he did last year and the work ethic out here is tremendous now because of people like Jordan.”

The Owls like to deploy a dual-back system, and the second back alongside Green happens to be his cousin, Marquice Paige.

Paige wasn’t too shabby himself on the field last season, racking up 803 yards rushing and nine touchdowns.

No wonder Cluff is excited about what the this upcoming season holds for the Owls. With that kind of production in the backfield, and them being family on top of that, should make for some fun times in Avondale, Ariz.

“It’s cool having family on my team,” Paige said.

Paige has no problems deferring to his older cousin when it comes to running the ball. Just as long as he gets his fair share of touches.

“The running game is basically us,” Paige said. “We run the ball a lot, we’re trying to run a little bit more.”