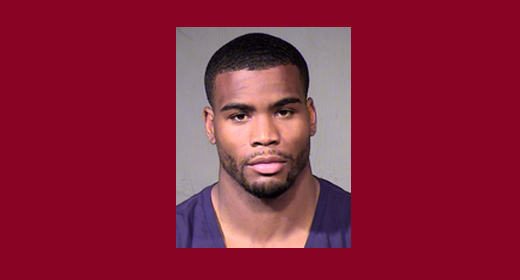 Phoenix police say they were called to an Ahwatukee residence on May 1 by a female who indicated she was a victim of domestic violence.

Washington then met with police on May 2 to discuss the alleged incident.

According to a report from Fox 10, Washington and the woman have a 5-month-old baby daughter together.

Court records state that during the altercation, Washington grabbed the woman by the throat, “impeding her breathing.”

The records also state that the woman was “shoved” by Washington, causing her to “fall to the ground breaking her right clavicle along with several other injuries.”

On the Cardinals website, the team wrote, “These are serious accusations that we are closely monitoring. Until all the facts are determined, and out of respect for the process, we will decline any further comment at this point.”

Washington was also named as an alternate in last year’s Pro Bowl for his play last season.