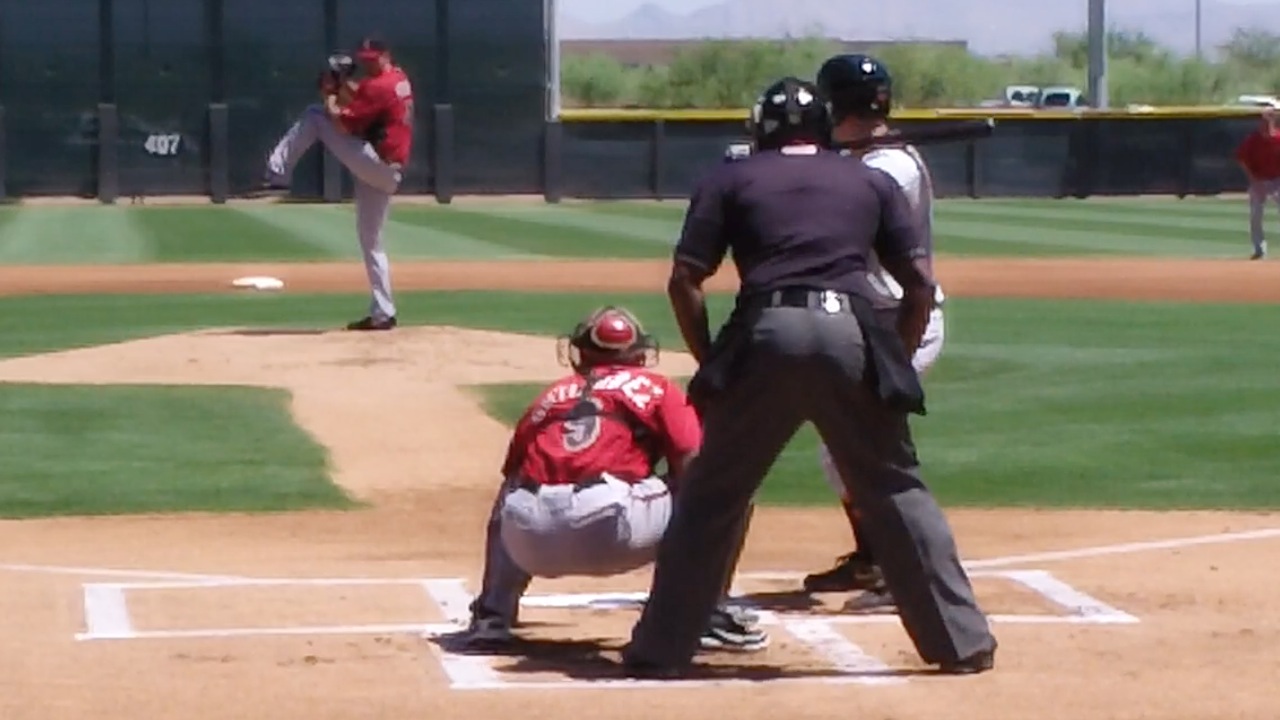 On Wednesday, Arizona Diamondbacks starting pitcher Daniel Hudson made a rehab start against the Giants in an extended spring training game at Salt River Fields at talking stick. Hudson was solid in the outing, throwing six innings giving up 4 earned runs on 7 hits and 1 walk with 3 strikeouts. He threw 74 pitches, 54 of them were strikes). It was Hudson’s third extended spring training start. He last pitched friday as well against the Angels where he threw 53 pitches, giving up two runs on five hits with no strikeouts or walks.

Hudson is coming off Tommy John Surgery which took place last July. He is still slated to return to the Diamondbacks roster after the MLB All-Star break. When that day comes, manager Kirk Gibson will have some decisions to make in figuring out who’s spot Hudson will take. Right now the playing in Hudson’s spot is one of the hottest starters in the league to this point, Patrick Corbin.

For now, it is another giant leap for Hudson and his recovery from the surgery.

Check out highlights from today’s rehab start in Scottsdale.

The player named later is “the key piece” in Diamondbacks trade of Bell, Holmberg