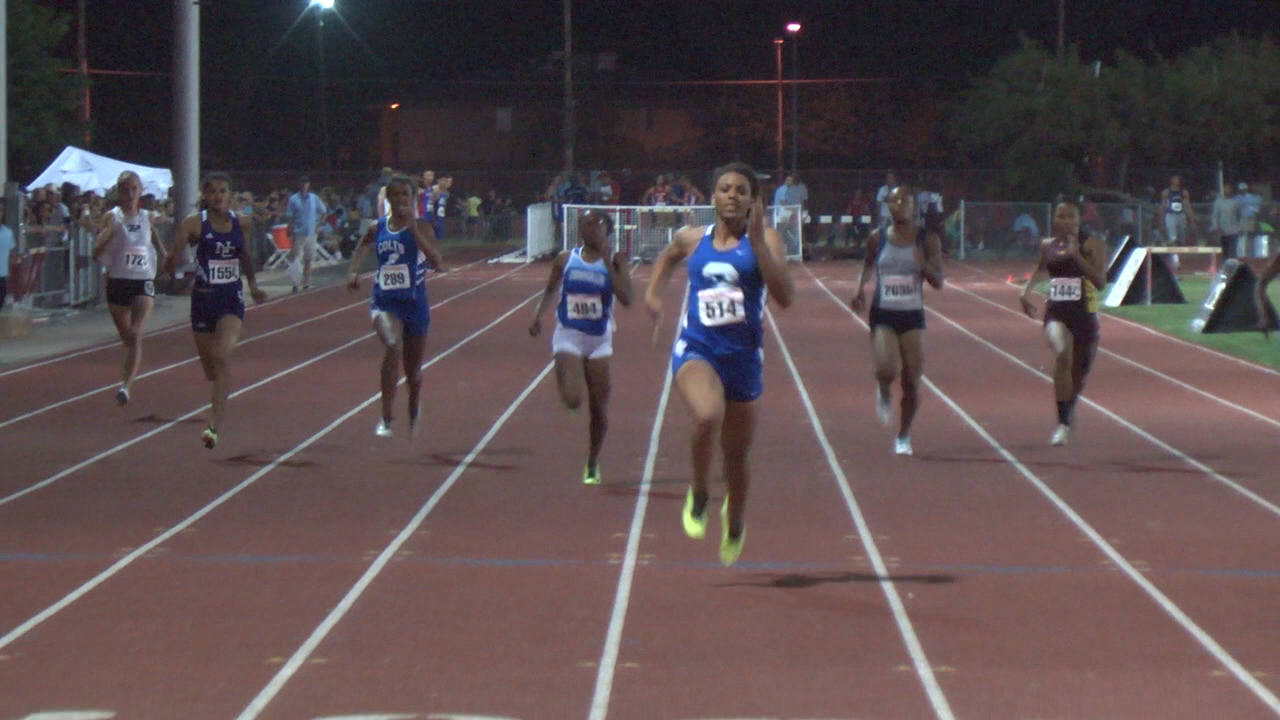 It seems like Ky Westbrook has been running track at Chandler High School forever, and she’s just a junior.

Maybe it’s because she and her fellow Lady Wolves are so dominant in track that it seems like she’s been around a while, which is definitely to her credit.

Westbrook recently took part in the Chandler City Meet, and set a state record in the shot put when she threw it 47 feet, 9 inches.

The previous record was set back in 1980 by Cindy Johnson, also of Chandler. Johnson threw the shot put 47 feet, 5 inches.

You can add a second state record to Westbrook’s resume, after her performance in the 200 meter dash final on Saturday during the AIA State Track and Field Championships. Westbrook ran it in 23.39, beating the former mark of 23.60 set by Peoria’s Jessica Onyepunuka.

Westbrook was limited by her coach in the amount of races she ran on Saturday, because the team wanted her fresh and ready to go for the 200.

“He knew what my goal was coming into it,” Westbrook said, of course referencing the state record.

The only other race Westbrook ran was the 100 meter dash, which she won with a time of 11.45 seconds, the third fastest girls 100 in Arizona history.

Westbrook felt that race broke down partway through, otherwise she thought the state record of 11.31 was definitely within reach.

Of all the events she’s won and records she’s gotten over the past few weeks, the 200 meter record is the one that is most “satisfying” to Westbrook.

“I felt like I worked for this record,” Westbrook said. “I’ve really been trying to get it all season, and I felt like I had to come back after my 100, not that the 100 wasn’t good, but I really wanted to do better.”

Westbrook thought she got off to a great start and came off the turn “really fast.” That’s when things started to turn for her.

“Then I died,” Westbrook said. “I didn’t think I was gonna get it, because, oh man I died, but I just pushed through it and got it.”

Despite all the pain she went through in those seconds, Westbrook kept it moving toward and past the finish line.

“Honestly, it’s the last race of the day, you only get to do state four times in your life, why not give it all you have?” Westbrook said.

“This is why I go through track practice, is to get this feeling that I have right now,” Westbrook added.