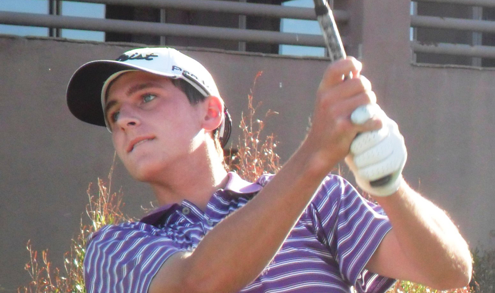 In the 15-19 year old division, a local junior golf star from Paradise Valley and student at Brophy College Prep inked his first ever junior tournament win shooting a 75 and 77 in the two days in Scottsdale winning by six strokes.

“I was ecstatic to win at Troon North because it’s one of the more difficult courses in North Scottsdale,” Christifulli said. “To win at a course like Monument at Troon North is a great confidence booster.  Coming into the tournament, I had been working hard on my putting but my hitting had gone sideways.  I knew if I could put the ball in play on each hole and avoid the desert, I’d give myself a chance to shoot a good score.  Overall, I wasn’t happy with how I hit the ball, but I stayed mentally sound and that went a long way in the end.”

On Saturday, Christfulli got off to a hot start going 1-under-par in his first eight holes. After an even-par 36 on the front nine, he ran into a few obstacles on the difficult back nine on the Troon Monument course but still finish with a score of 3-over-par 75.

“Coming into 18, I had no idea where I stood among the field, so I came to the conclusion that I needed to make birdie,” Christfulli explained. “Sticking to my game plan, I made birdie on the last hole to find out that I had a huge cushion in the end.”

For the rising valley golf star, this win is a big step in his young career.

“It means a lot,” he mentioned. “It’s an honor to win an IJGT event that some of the greats in today’s golf circuit have won. I just thank God for giving me the opportunity to win.”

A local product also took care of business in the 14 and under division. Mason Nam of Scottsdale fired 75 and 77 as well to defeat Cole Shintaku of Honolulu, Hawaii.

Next for Christfulli, he is participating in the Ping Interclub Championship at Grayhawk. Once school is done for the year, him and his father will be heading to Florida for the FCWT National Championship and then a PGA Junior Series event in Tennessee.