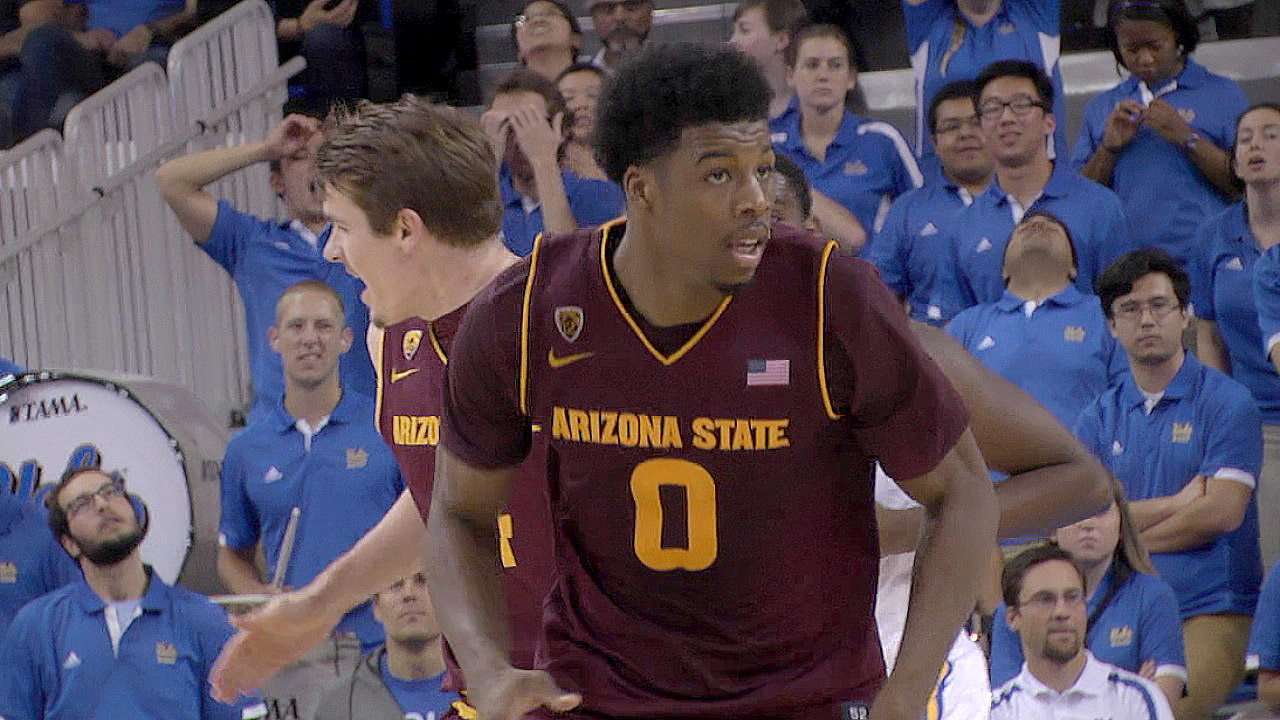 The former Arizona State star guard never uses optional when describing his demanding daily workouts so it’s easy to see why he registered the lowest percentage of body fat (3.3%) of any of the 61 players at last week’s NBA Combine in Chicago.

“Everybody keeps talking about it,” Felix chuckled to Brad Cesmat in a recent interview on ‘Big Guy on Sports.’ “I just try to take care of my body. Make sure I put the right things in my body for good nutrition. Besides that I just try to workout. Work hard.”

It’s another step in hoping to prove to NBA scouts, coaches and personnel that he would be a nice addition to a roster this fall after averaging 14.6 points and 8 rebounds a game as a senior. He earned All Pac-12 second team honors and helped ASU advance to the second round of the NIT where they lost a close road game to eventual champion Baylor.

He believes the Combine afforded him the opportunity to standout among the 60 other draft prospects and he took advantage of the situation.

Felix also said he displayed good leadership during the workouts just as he did last season in Tempe. He was one you’d usually see giving advice to younger Sun Devils like Jahii Carson or diving on the floor or in the stands for loose balls. Hustle plays. On top of that the former Goodyear Millennium High star also was frequently asked to guard the other team’s top offensive player. His efforts were rewarded with a spot on the conference’s All Defensive Team.

Monday afternoon he flew to New Jersey for a multi-team workout and will racking up frequent miles jet-setting around the country for last-minute looks and workouts from teams over the next month. One of those teams is the Suns.

“Oh yeah they’re interested…I’m a hometown kid. It’s going to fun to go back there and workout for them and see what happens. That would definitely be fun to play for the Suns.”

Felix isn’t certain he’ll be drafted although many project him coming off the board somewhere in the second round.