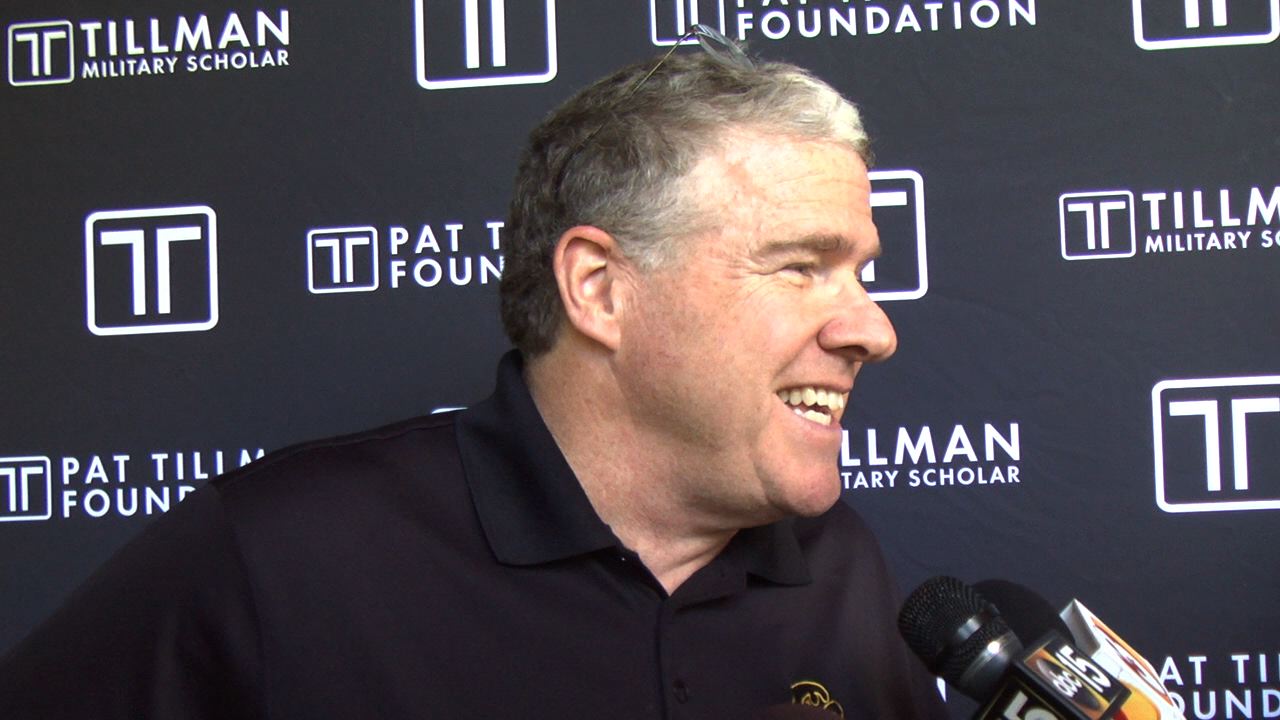 For the ninth straight year, the city of Tempe will host Pat’s Run, in commemoration of the life of former Sun Devil and Cardinal Pat Tillman.

The race will run early on Saturday morning, and this year, it’ll have a new participant: Sports Illustrated Senior Writer Peter King.

King has never taken part in Pat’s Run, but he’ll hit the race route at the crack of dawn with thousands of others.

King says he’s been overrun on Twitter with messages from his followers asking him to recap the race when he’s done, because they’ve always wanted to run it, but when they found out he would be one of the participants, their interest in the race grew even more.

“I am juiced,” King said. “I am really, really excited to run this race.”

“I think a lot of people who are runners now look at this race and say, ‘That is a race that I’m running before my running days are over,'” King said.

King arrived in Phoenix for the race, but as part of his pre-race ritual, he – along with the Arizona Cardinals – hosted a “tweetup” at Tom’s Tavern in downtown Phoenix.

A tweetup is where King gets together and hosts an event with a big group of his Twitter followers.

This event drew almost 300 people to the restaurant, and it was for a very good cause – all the proceeds from the event go directly to the Pat Tillman Foundation. It’ll raise enough money to fund a scholarship for a Tillman military scholar.

“I just felt like I really wanted to do something for the Tillman Foundation,” King said when asked why he decided to run this race. “I think it’s a tremendous tribute to the Cardinals that they’re still solely intertwined with Pat Tillman and his foundation.”

“It’s a no doubt, slam dunk thing, and I’m happy to be some small part of it,” King said.

King met Tillman just once, in Tillman’s rookie year with the Cardinals. That meeting was one that King will never forget, simply because of the manner in which he and Tillman got together.

“When I go on my training camp trip every year, I always coaches, PR guys, ‘Give me a rookie who’s gonna make an impact on this team,’ and a bunch of people said, ‘Oh, you gotta talk to Tillman, Tillman’s gonna make this team,'” King said.

Tillman, according to King, showed up in-between practices for the interview, on his bike.

“He’s the first guy who ever showed up for an interview with me on a bicycle,” King said. “Hasn’t been once since either.”

King could tell something wasn’t quite right with Tillman that day.

“You could tell he had so many other interests in the world,” King said.

“What impressed me so much about him [was that] he was different, he reads,” King said. “It’s the ultimate honor in my opinion that his legacy involves education.”

“For the Tillman Foundation to make education their hallmark now is just perfect,” King said.

General manager Steve Keim took time to reflect on the life of Tillman, and one of the most vivid memories for him of Tillman came during one of the training camps at NAU, and it also involved Tillman and a book.

“I’ll never forget walking through the Skydome and seeing Pat at the very top of the bleachers reading a book,” Keim said. “That just said to me, ‘This guy’s different, but he’s different in a good way.'”

“What Pat Tillman meant to our football team, our organization and to our country was special,” Keim said.