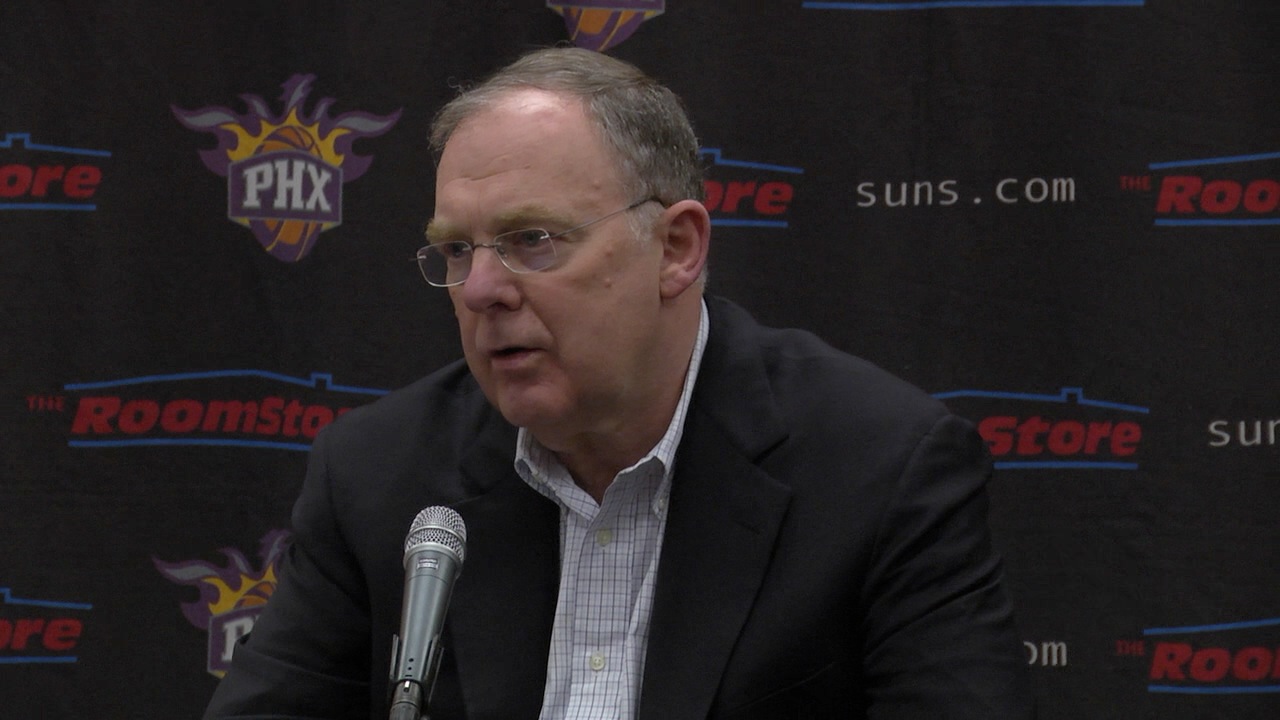 The search for a new general manager in the front office for the Phoenix Suns is underway as they parted ways with Lance Blanks on Monday.

The job is being filled after the Suns finished the season with the second worst record in franchise history and an upcoming draft with three picks (two in the first round). Suns president of basketball operations Lon Babby acknowledged on Tuesday in a press conference the importance of this hire.

“It’s obviously a critically, critically important summer for us and a critical, critical decision,” Babby stated. “I won’t rush to get it right but you know there is urgency as we get further and further into the offseason. We can’t control the calendar. The calendar controls us.”

Another reason for the Suns to move quickly to find the replacement is so they can finalize the head coaching spot as well. Will the Interim tag be taken off for Lindsey Hunter or will they move in another direction? That will not be known until the general manager is in place.

“We’ve been in touch since the end of the season and Lindsey knows that he is still very much a candidate for the job,” Babby explained. “What I said to him if all things go according to how I’d like them to go, my strong preference would be to get our front office in place before we make our coaching decision.”

There have been many names that have surfaced since the news of Blanks’ firing came down. Charles Barkley is one. He told Brad Cesmat in a text Monday night that if the Suns reached out to him, he “would listen.” On Tuesday, Babby commented on Barkley being as a candidate.

“I’ll consider anybody and I don’t want to get into candidates,” Babby said. “I think the job requires rowing the boat every single day and it’s an all-consuming job. My impression is that he (Barkley) has a full and good life and taking on a challenge like this might be this might not be something he wanted if her knew what it entailed. But you know I don’t really want to go beyond that.”

While Babby maintained throughout that he would not get into names of candidates for GM or for head coach, he stated that it is “unlikely” the job will given to someone already with the organization. That would rule out John Treloar who is the director of player personnel.

However, Babby does have enough confidence and his team of scouts to conduct the draft if the team has not named the new GM by draft day on June 28.

“We are well-staffed,” Babby mentioned. “The guys have been rowing the boat all season long and will continue to do so…I have tremendous confidence in John Treloar to lead that process and we will move forward and wont miss a beat. I promise you this, we will be well prepared.”