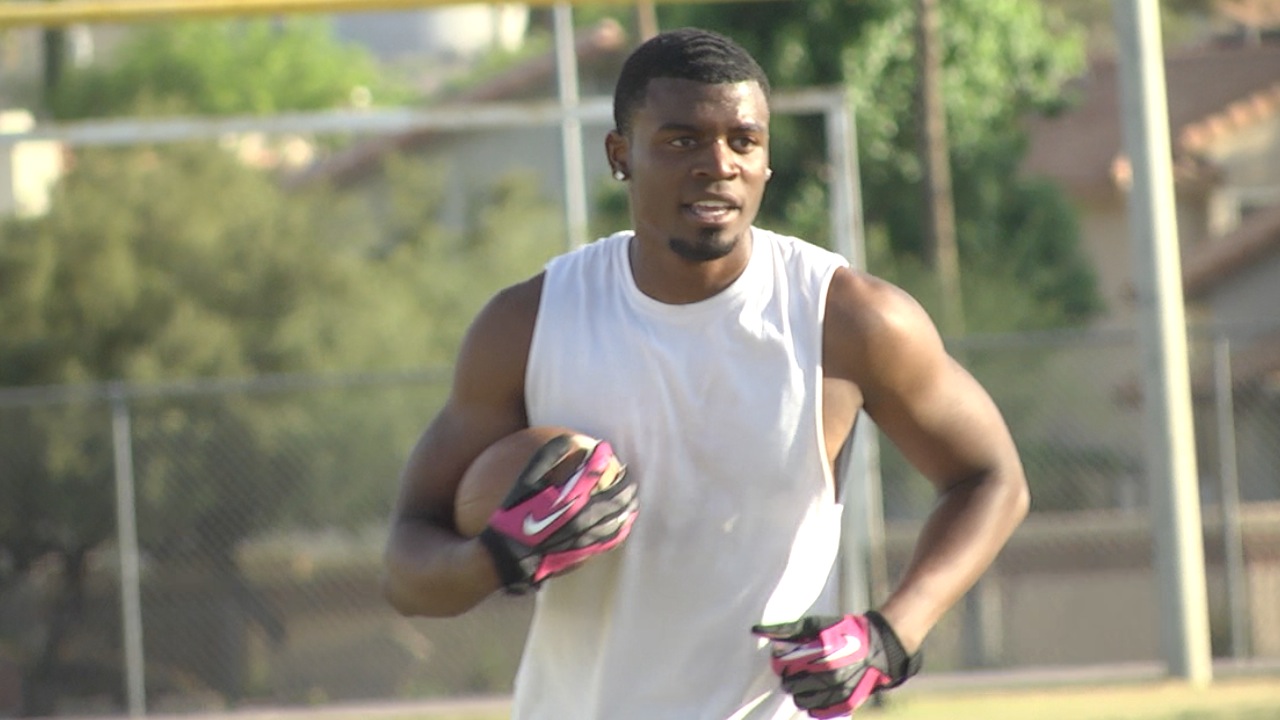 Spring and summer is the time of year where football players put in the most work to be ready for the up-coming season. One player that is totally transforming his game this time of year is soon-to-be senior wide receiver Austin Cottrell who recently transferred Mountain Ridge high school.

Cottrell has been a talented but relatively unknown player over the last three seasons as a member of the Sandra Day O’Conner football team. Last year, he tallied 42 catches for 526 yards and four touchdowns. Due in large part to the work he is putting in this off-season, Cottrell plans to be a completely different player in 2013.

“I’ve really worked on my ladder drills,” said Cottrell. “Going through, going quick, keeping my knees up. And also, practicing my routes more. Thinking about it and doing it in my head before I actually do it.”

“Austin came out and he was really raw,” explained Airabin Justin of Showtyme Performance. “You see he is a big kid. About 6-3, 205, very raw though with how he caught the ball and how he ran routes. Now he’s complete. Quick feet for his size. There are not very many players his size who can move the way he can.”

Cottrell passes the eye test. As Coach Justin mentioned, he has the size and the speed. It is one thing to have that physical make-up, but it is another to see what a player can do with it. This spring as a result of his workouts, he has been dominant at combines from his play in one-on-one drills against defensive backs to dropping his 40 yard dash time from 4.6 to the low 4.4’s.

He currently does not hold any college offers but that is expected to change after the type of senior season he is expecting. Montana has reached out to him that they plan to come see him play this spring and also Utah has responded to his recruiting film.  He is prepared to let his performance this fall to do the talking for the college that may seek out his services at the wide receiver position.

“I feel like I can be really dominant as a wide receiver because of size, speed,” Cottrell mentioned. “I put in the work to have fast feet. I feel like it will be difficult for corners to cover me.

“He’s going to wind up surprising a lot of people this year,” added Justin. “And they better watch out. He is going to hurt some teams.”