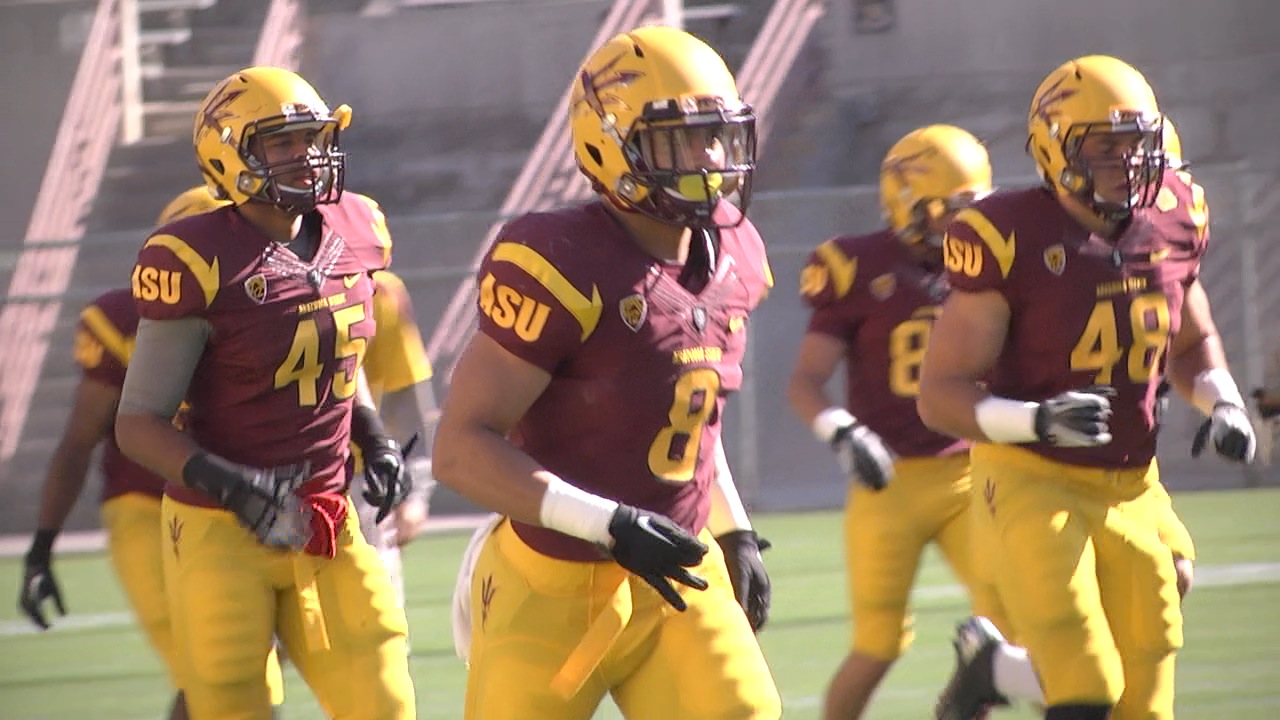 Not that soon to be sophomore running back D.J. Foster needed to change much about himself after a fantastic freshman season with the Sun Devils but in watching him during spring practices, he looks like a whole new person.

The reason? Foster has added 18 pounds of muscle since seen last in the Kraft Fight Hunger Bowl to close out the 2012 season.

“I’ve just been working hard in the off-season,” said Foster. “A lot of people don’t know this but I ran so much during the season I just lost a lot of weight. The time off allowed me to get my weight back, get my body back to where it was and stuff. I worked hard, ate as much as I can.”

Foster hasn’t done anything different than any of the other Arizona State players in the off-season from a workout stand point. It is his eating that has payed off the most.

“I’ve been doing the same workouts that everyone has been doing but eating wise I have been counting my calories,” Foster explained. “That’s the number one thing I needed for me to gain weight”

Now when most players gain that much muscle, especially at the running back position, there can be the possibility for a loss of speed and or quickness. That is something that Foster has prided himself on since his stand-out years at Saguaro High School. However, Foster does not think that it will change.

“I think it will stay,” Foster mentioned. “I mean we work hard with the speed program and the coaches make sure we just not all about lifting…I think I am fine. I think my speed and agility is normal.”

As mentioned, Foster loved up to the hype in his freshman season. With over a thousand total yards from scrimmage and six touchdowns, he was one of the biggest playmakers for the Sun Devils. He is now working this spring to build on that and the weight that he has put on is only the start.

“The gaining weight part definitely helps but with a year under my belt, everything is slowing down a little bit,” said Foster. “I’m definitely trying to make less mistakes while I’m out there and knowing what I’m doing and just being more dependable.”

Foster and the Sun Devils continue spring practice leading up to the spring game on April 13th.