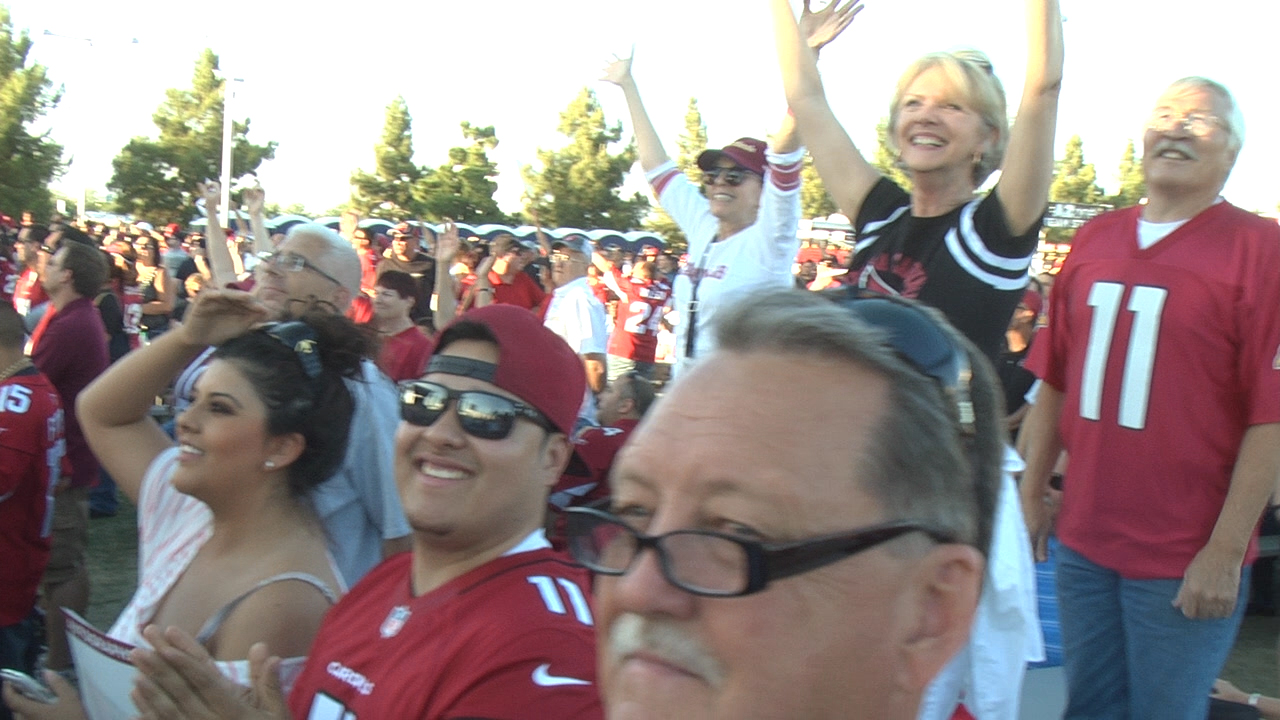 The Cardinals selected North Carolina guard Jonathan Cooper with the seventh pick in the 2013 NFL Draft, and by the reaction of the fans who came out to the draft party at University of Phoenix Stadium, that pick was a slam dunk for them.

The main lawn was a literal sea of red, as Cardinal fans packed every inch of land they could, just to see who their beloved team would take at No. 7.

As Eric Fisher, Luke Joeckel and Lane Johnson went off the board, the fans weren’t really sure what the Cardinals were going to do. Would they stay or would they trade down and get more real estate to work with.

In the end, Arizona stayed put and got perhaps their starting right guard opposite left guard Daryn Colledge.

“We’re excited to have him,” Colledge said. “Offensive line is one of the spots that everybody felt like we struggled this year a little bit, and bringing in a guy like this gives us a chance to compete, whether he’s a left guard or a right guard or a starter or not.”

“Obviously [we’re] excited to have [him] in our meeting room,” center Lyle Sendlein said. “Someone who’s the seventh pick, you know he’s a good guy [and] obviously a great player [and] we’re excited to have him.”