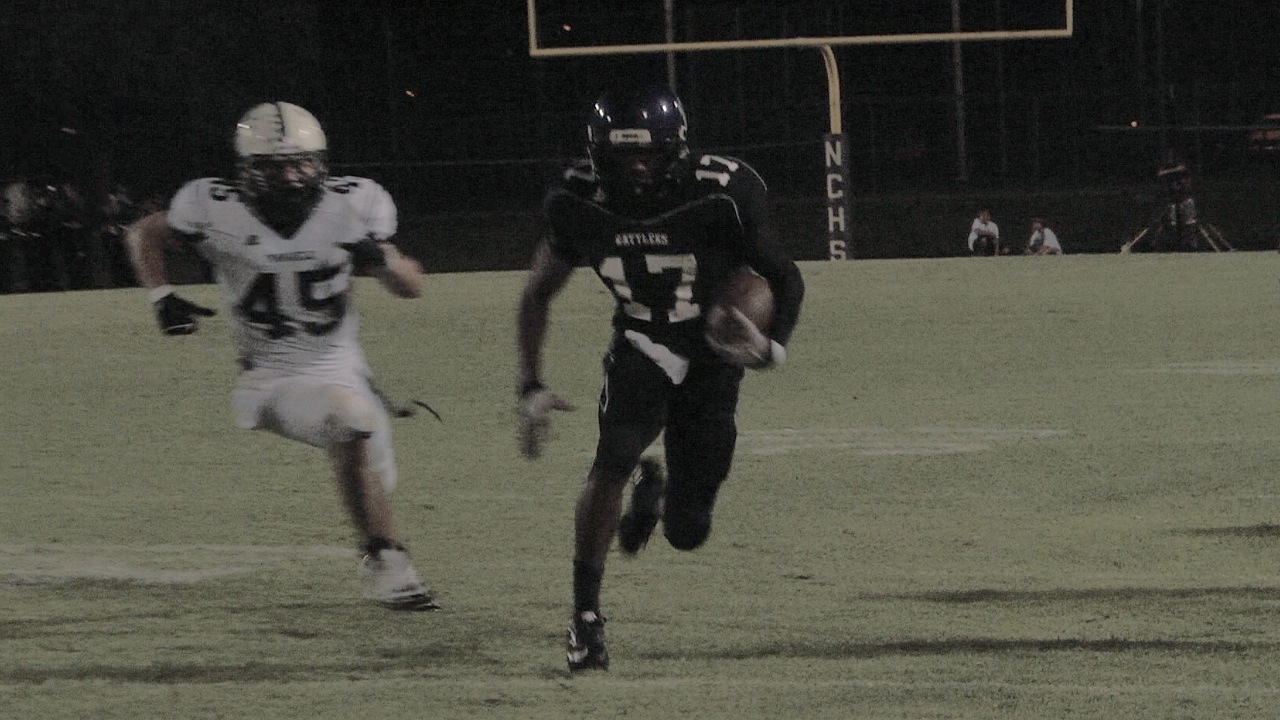 Those who follow high school football and recruiting in Arizona saw last year what a monster senior season can ultimately do for a player’s future.

The example, Sunrise Mountain wide receiver Elroy Masters. He had no college offers going into his senior season in 2012 and after 44 catches, 1,118 receiving yards and 14 touchdowns, he finished with 12 college football offers and ultimately signed his letter of intent with Colorado State.

This story could and should repeat itself in 2013 with North Canyon’s wide receiver, defensive back and punter, Bryant O’Georgia. He currently does not have an offer even though he is one of the top all-around athletes in the state. All that is on his mind, is how he can improve before the fall comes.

“I can improve on my route running,” he explained. “I’m trying to work on my explosiveness, my quickness and speed.”

“He is very underrated in the state,” added Airabin Justin of Showtyme Performance who trains O’Georgia. “He can do everything. He’s a great athlete. You can see he is in track, he high jumps 6-8, he’s probably going to go 6-10 this year. He can go up and get the ball. He is quick, he’s fast, his routes, he breaks tackles, he punts the ball. He does everything.”

Coach Justin mentioned that he is a great talent on the track as well. He is one of the state’s top high jumpers with his 35.5 inch vertical getting to that 6-7 to 6-8 mark and has been measure on the long jump at 22 feet, 2 inches. He also competes in the hurdle events and in the 4X100 meter relay for North Canyon which show off his speed which has been clocked at 4.44 seconds in the 40 yard dash. His boys track team just won their third consecutive district championship this spring.

In a perfect world, O’Georgia would like to compete on the football field and on the track in college.

“That would be the best case scenario,” O’Georgia said.

The talent is there and so is the interest, which is what gives O’Georgia all of the motivation he needs.

“Because he is so underrated, he has a chip on his shoulder to show that he is the best out here,” Justin mentioned. “So he wants to make sure that everyone knows by this year that he is an elite receiver here in Arizona. I think he is going to wind up make some college very, very happy.”