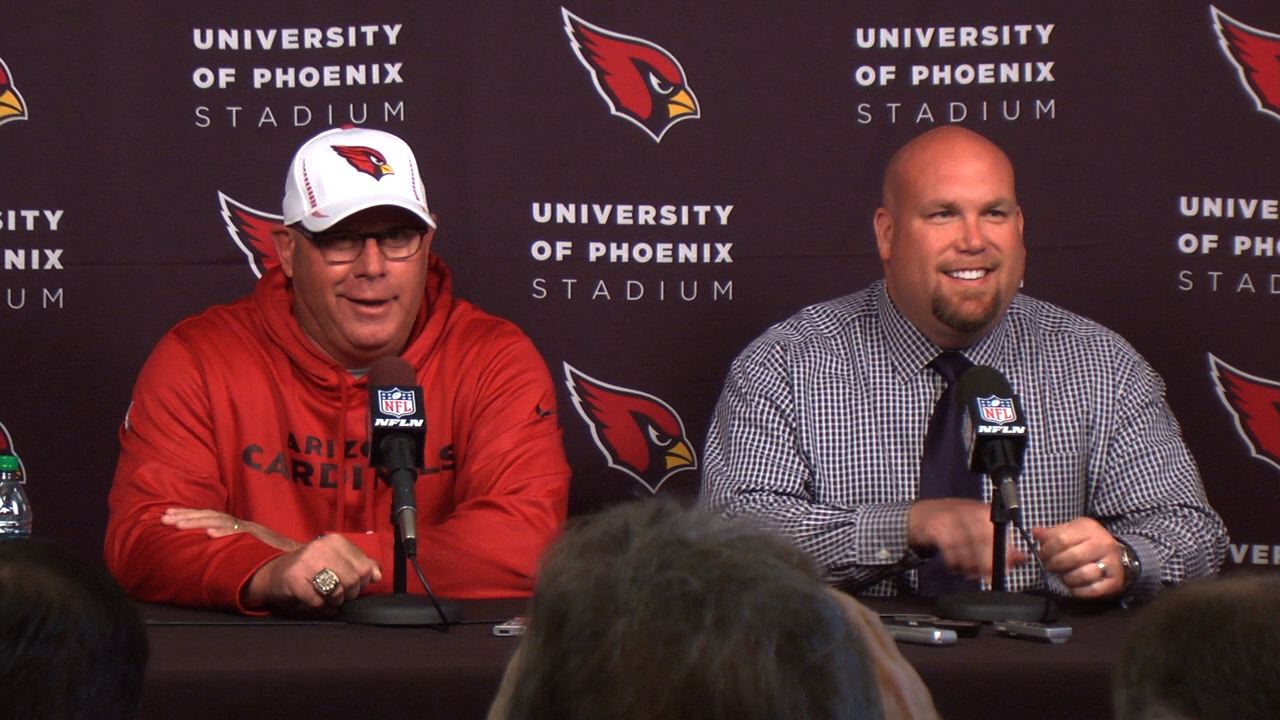 The NFL is steadily moving to a league that’s seeing its rookies playing more and more in the early stages of their careers, and being very impactful for their respective teams.

Floyd finished third on the team in receiving yards and was tied for third in receptions.

The point of this is: you’re an NFL team. You draft these young men and pay them well for a reason, so they can eventually become starters and be major contributors to your team.

General manager Steve Keim and head coach Bruce Arians are all about their rookies having a chance to rise up and compete for starting jobs.

Arians says it comes down to the players having football smarts.

“That’s a big thing in the evaluation process,” Arians said when speaking on the intelligence of players. “I think with the change in the CBA, with the amount of time rookies get to work now in the spring and the summer, you can, if you have to, play young players.”

Whomever the Cardinals select in the first round next Thursday, or even with the other six picks they have, those players know, just as much as the team knows, that a lot is to be expected of them.

“I think you have to be prepared to play those guys,” Keim said.

As the Cardinals have been getting their draft board together, and players are moving up and down on it, one of Arians’ coaches made note of a particular player who may be available to them at No. 7.

The coach told the draft group that this player, who may or may not land with them, might not be ready to roll immediately.

“I talked to Bruce, and I asked him, ‘If he wanted to tell him or should I?’ that if we draft this guy at 7 and if he expects me to keep my job, he’s gonna play,” Keim said.

Arians wholeheartedly agreed with Keim when it came down to his future with the Cardinals hinging on whether or not the No. 7 pick jumps right in the mix once he arrives with the team.

No matter who the Cardinals take with any of their seven picks, Keim says everyone in that war room will have had an equal say in who becomes an Arizona Cardinal.

“At the end of the day, we have to put a Cardinal grade or Cardinal decision [on each player],” Keim said. “At times, not everybody’s happy, but that’s what you want. You want your coaches, your scouts, you want everyone to have conviction in that room.”