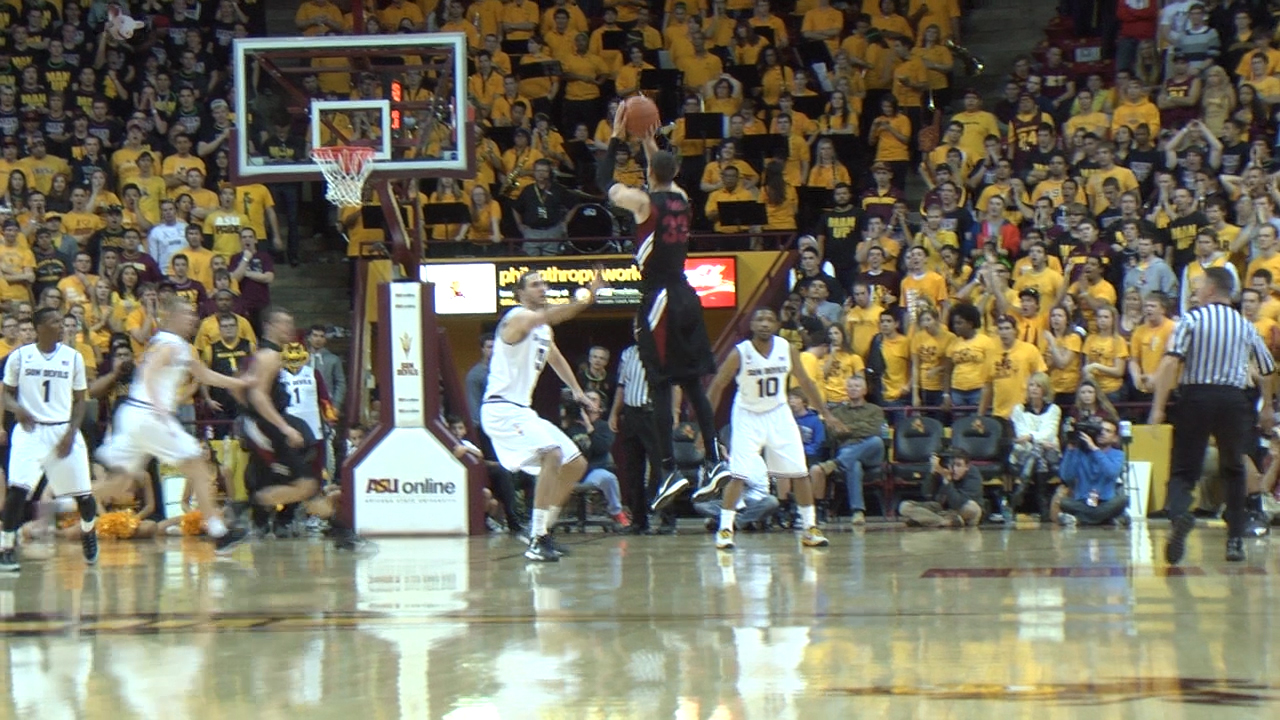 The Sun Devils – losers of three straight, and five of their last seven – are heading into a snake pit on Saturday afternoon in Tucson, Ariz.

They’ll renew their rivalry with the Wildcats, and they’ll be looking to snap that losing streak, plus get some revenge on Arizona, for the 71-54 loss they pinned on them at Wells Fargo Arena on Jan. 19.

Forward Carrick Felix had his worst game of the season by far that day. In 40 minutes of play he was 1-of-8 from the field and had just five points.

Felix says he really doesn’t remember how he played that day. To him it’s been a “blur” ever since that game, but he’s ready to show everyone he’s better than the performance he put on in Tempe, Ariz., that Saturday afternoon.

“I’m definitely ready to come back and have a good game [in] this one,” Felix said. “It’s something to laugh about, it was one of those games for the career, but it’s definitely gonna be fun this weekend.”

Felix says even if he does come out and has a repeat performance on Saturday, as long as the Sun Devils step on the bus and head home as winners, he’s good with that.

“If all the guys go out there and work and I have to be a rebounder, or maybe be a guy that’s cheering guys on to bring energy, I think we’re gonna be okay,” Felix said.

This will be Jahii Carson’s first trip to Tucson, Ariz., and his first game inside McKale Center as a Sun Devil.

Carson is quite aware of the situation he and his teammates will be facing once they step on enemy territory.

“It’s definitely a hostile environment down there, one of the loudest arenas in the country,” Carson said. “I wanna go down there and make a statement. [It’s] the first time for people down in Tucson to get to watch me play, get to watch our team play.”

“We wanna go down there and get an upset, and have our fans [have] something to look forward to this season.”

Carson had 22 points against Arizona in their first meeting. That’s great, but the shadow to that is the four fouls he had in the game, which really kept him from doing what he wanted to do in the game.

Another troubling stat from the first game: Arizona State had 17 turnovers, which is way too many to give up to such a talented and dangerous team like the Wildcats.

“We’ve got to do a much better job in that area,” head coach Herb Sendek said. “Taking care of the basketball is always really important, especially so against a team like Arizona who can convert so quickly and so efficiently down the other end.”

A win over the Wildcats would look good on the Sun Devils’ resume and would do wonders for them seeding wise in the Pac-12 Tournament next week.

“It’s definitely important for us to have a high seed going into the tournament,” Felix said. “But we just want to worry about getting this win on Saturday, and that’s the most important thing to us right now is going into U of A, making sure we’re playing hard, playing together and we come out with the win.”