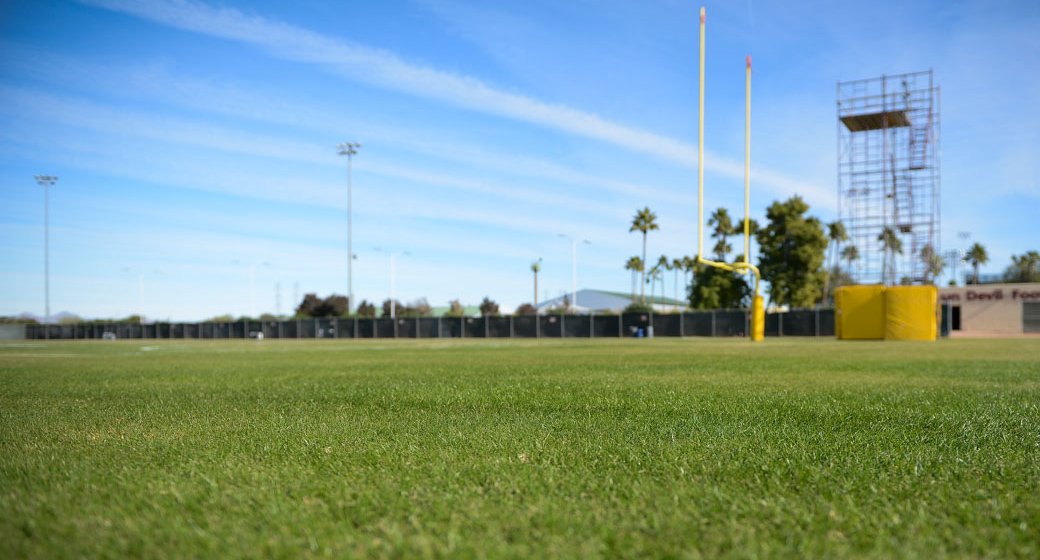 Spring is in the air and on the practice fields at Arizona State University.

Head coach Todd Graham and his Sun Devils opened spring football workouts Tuesday morning in Tempe as ASU looks to build on their 8-5 2012 season in Graham’s first season which culminated with a 62-28 route of Navy in the Kraft Fight Hunger Bowl.

Graham and his coaching staff were their usual high energy, vocal selves as players sprinted from drill to drill as whistles showered the two-hour, 30-minute workout under clear, sunny skies.

“I’m really, really pleased at how the guys worked,” Graham explained. “I loved the attitude.”

Graham said there is more a familiarity and trust between the coaches and returning players which helps transitioning into spring ball. Last year both sides said it took awhile for each to feel completely comfortable around one another after Graham took over for Dennis Erickson.

“It went great,” senior safety Alden Darby. “It was better than I expected, personally. The tempo was way faster than last spring. It was a great start.”

ASU returns 16 starters and a handful of playmakers on both sides of the ball. The Devils finished last season with three straight victories, including a win over rival Arizona in Tucson, for the first time since 1978.

The Devils will host 15 total workouts through April 18. The annual Football Fan Fest is Saturday the 13th at Sun Devil Stadium.All practices are open to the public and free to attend.

They open their season September 5 against Sacramento State at Sun Devil Stadium.