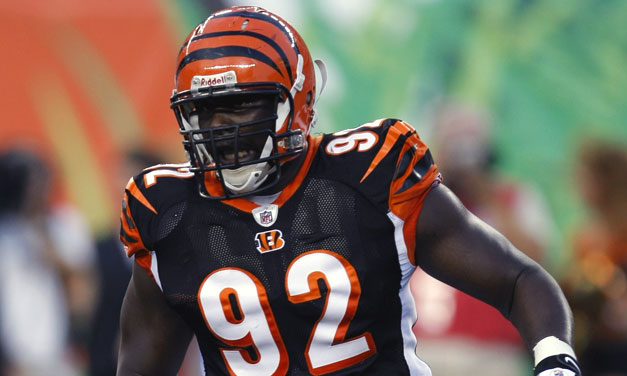 The Cardinals added more depth to their defensive line on Thursday, after coming to terms with free-agent defensive end Frostee Rucker on a one-year deal.

Rucker played with the Browns last season and started a career-high 16 games. Rucker had 48 tackles, four sacks, a forced fumble and one pass defensed.

Rucker was the first major casualty on defense, as the Browns are shifting from a 4-3 base defense to a multifront system under new defensive coordinator and former Cardinals DC Ray Horton.

The 29-year-old Rucker spent the first six years of his career as a member of the Bengals. He was drafted by Cincinnati in the third round (91st overall) of the 2006 NFL Draft out of the University of Southern California.

Here’s a good sign for the Cardinals: Rucker – over the past two seasons – played in all 32 games and started 27 of them.

For his career, Rucker has played in 69 games and has 195 tackles (82 solo), 11 sacks, four forced fumbles, three fumble recoveries, one INT and eight passes defensed.