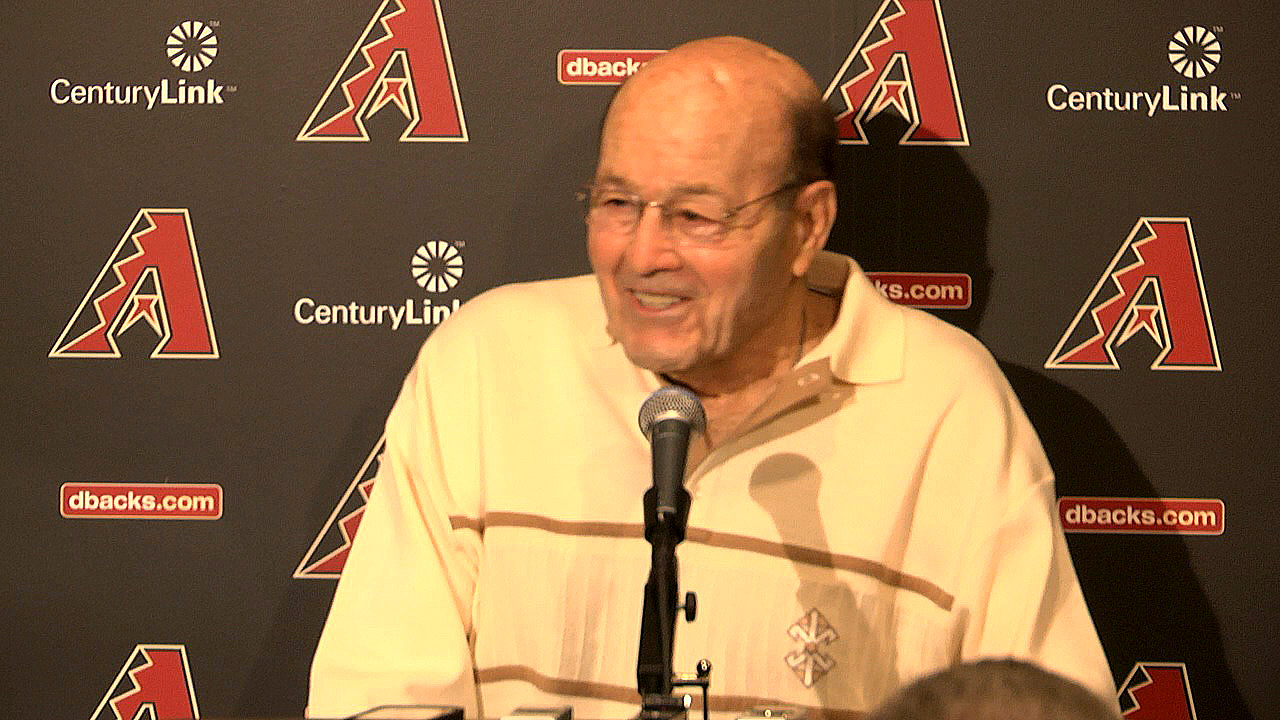 It was done in a fashion only Joe Garagiola could do it. Laughter, tears, stories and baseball. That’s how everyone has gotten to know him and that’s how he spoke with the media on Wednesday making his retirement official.

Garagiola spent years in the Major Leagues as a catcher with four different teams. After baseball in 1955, he began his career as a broadcaster, received the Frank C. Frick award from the baseball hall of fame In 1991 and 15 years ago began what would be his final broadcasting gig with the Diamondbacks. The media center at Chase Field has already been named after him and he will be honored by the team in front of the fans and community before and during the first Diamondbacks Sunday home game of the season against the Dodgers.

Take the time to see Joe Garagiola officially announce his retirement in front of the media in its entirety.