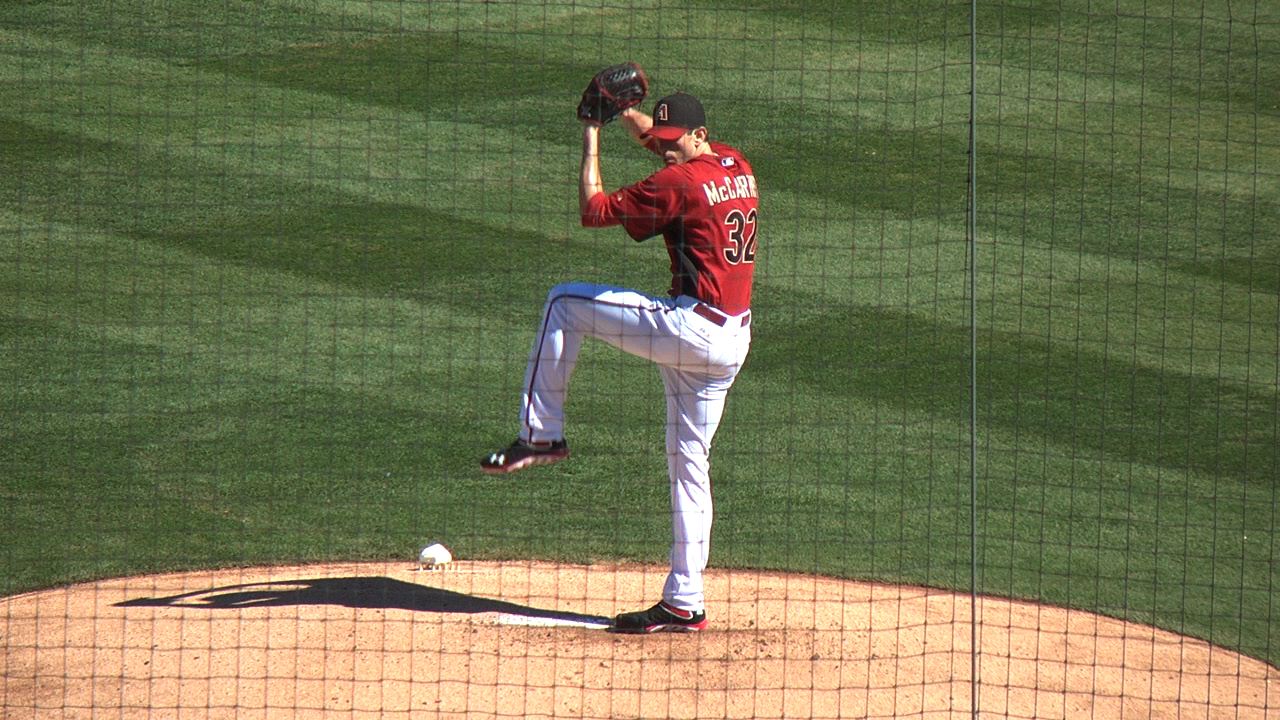 It’s been a long road back for Brandon McCarthy, ever since he was struck in the head by a line drive last September off an Angels bat while pitching for the Athletics.

On Wednesday, McCarthy made a huge step in his return with Arizona, as he made his first start with the team since the injury, and for the most part, he looked like he hasn’t lost a step.

McCarthy struck out the side in the first inning. He couldn’t have asked for a better start in his return.

He pitched two innings, gave up three hits, one earned run and struck out four. He left the game with the Diamondbacks ahead of the Reds, 4-1. Unfortunately, the flood gates opened after his departure, as Cincinnati scored six runs in the top of the sixth and five in the top of the ninth, to cruise past Arizona 14-6.

“I felt good,” McCarthy said. “Command wise for a first spring outing, I’d be really pleased with that.”

“I felt like my rhythm was good, my game pace was good,” McCarthy added. “All the things I’d like to have even later in the spring I felt were good today.”

As far as any issues with his head is concerned, McCarthy said he had none. He says he tried to take his focus beyond what happened last fall and he just tried to focus on the Reds.

“If its on the front of your mind, then you’re worrying about it, you’re letting it take over,” McCarthy said. “As soon as I could get back to normal, get back to my normal routine, then it just kind of melts away.”

McCarthy says he had a “two-way street” that he traveled down on his way to Arizona. One way was retirement, which he says he was fully ready to accept if that was his ultimate road.

The other direction was him actually returning to Oakland for the playoffs, which he said he wanted to do, but of course there was no way that was going to happen.

The frequency at which the questions about McCarthy’s health and mental state will decrease as spring training moves forward and as the regular season advances.

McCarthy knows there will still be people enamored with him, just because of what happened to him and how shocking it was.

“I think I’ll always be that guy to a point where that’s one of the defining markers,” McCarthy said. “I have to pitch well enough to get out of that, but it’ll always kind of be there.”

McCarthy threw 31 pitches, and Miguel Montero was there to catch them all. Montero liked what he saw from McCarthy on the day.

From what he saw in McCarthy’s abbreviated time on the mound, Montero saw a guy who “wasn’t thinking at all” about the injury and what could’ve happened to him on the mound on this day.

“Probably he might have, we don’t know that,” Montero said. “We’ll see how he reacts [to] a ground ball or whatever back to him.”

“He’s been really good at his work, he’s done everything, he takes it very seriously,” Gibson said. “He wants to do well, he wants to be a complete pitcher.”

“We watched the first time, when he was throwing live, just to see if he’d flinch and you never saw any of that,” Gibson said.

Gibson said the team felt confident giving McCarthy a two-year deal because of his arm and the way he throws the baseball.

“We did our homework, and all of the tests and everything were great,” Gibson said. “It’s not like we were hoping he would be good, we looked into it and we were comfortable with that.”