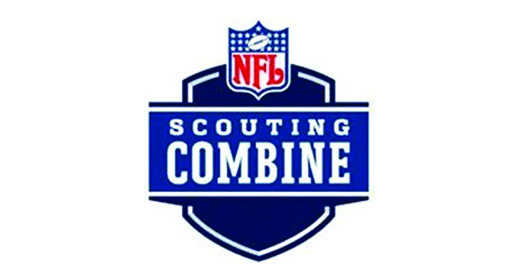 Markus Wheaton sure picked a good time to have a big year. A really big year.

The former Chandler High star broke out in 2012 catching 91 passes for 1,244 yards and 13 total touchdowns. He became one of the Pac-12’s most productive and feared receivers at Oregon State and finished as the Beavers all-time leader in career receptions.

Now here in Indianapolis at the NFL Combine, he’s out to prove last season wasn’t a fluke, but only the beginning of a blossoming pro career.

Coaches, general managers, scouts, and draft experts know one thing about Wheaton is for real…

“I love Markus Wheaton,” NFL.com draft analyst Bucky Brooks told Pros2Preps.com Friday afternoon at Lucas Oil Stadium. “Very explosive. One of the best players I saw in the Pac-12. He has the ability to get down the field vertically…strong hands. Very athletic with the ball in his hands.”

OSU head coach Mike Riley used Wheaton in different formations last season and featured the 6’1, 182-pounder on reverses, bubble screens, and post routes to help keep the defense honest and get the ball in the playmakers hands in space.

“I just got done watching his tape,” ESPN draft analyst Todd McShay explained to Pros2Preps.com at the Combine. “He made a lot of plays this year…had a heck of a year. In a class of a lot of second and third-round [receivers] he fits right in the middle there.”

Wheaton is the type of player who stands to gain quite a bit with an impressive showing in Indianapolis. Every NFL scout and staff member are looking for big-play, game breakers and he fits that mold. The one knock on Wheaton is his inconsistent play at times.

He is joined by two Chandler Wolves teammates at the Combine; defensive end Dion Jordan who starred at Oregon is expected to be a top 10 pick, while former Cal cornerback Marc Anthony is expected to go somewhere in the last few rounds.