A look around the state at Arizona, Arizona State, Northern Arizona and Grand Canyon and how their basketball teams fared this past week plus looking at what’s ahead this week on the hardwood.

The Wildcats week started off great as they did exactly what I said they needed to do against Washington and that was hit them hard and make a statement. Finally on a game called by Dave Pasch and Bill Walton on ESPN, Arizona showed on a national stage why they have been so highly ranked all season. As always with the Cats, it was a slow start. But then the Cats played what Sean Miller called “the best we’ve played in quite some time.” Washington got to 20 points with 5:17 left in the first half. Didn’t get to 30 points until 13:26 was left in the second. Out-scoring the Huskies 27-10 in the stretch.

That momentum of good play continued in the first half of the Washington State game on Saturday as the Wildcats led by 16 at halftime and were up by as much as 22 early in the 2nd. But then the Wildcats got back to the style of play they have had in pac-12 play with a stagnant offense and defense that Miller after the game was furious with. Saying after, “If you’re trying to win the regular season championship and you’re trying to win the Pac-12 tournament and you’re trying to secure the highest seed possible that we can get in the NCAA tournament and then enter that tournament knowing that on a given day, any team’s capable of beating anyone else, we’re the team that won’t win, because we pick and choose how hard we play on defense.”

Exciting news did comedown over the weekend regarding the Wildcats’ future. 2014 point guard out of Loyola High School in LA Parker Jackson-Cartwright announced his commitment to the Wildcats. He is ranked 30th in the country and 7th best point guard overall according to ESPN’s 2014 rankings.

Wildcats MVP last week: Kevin Parrom: Shot his way out of a slump on Saturday. Didn’t score in the Washington game but knocked down five threes against Wazzu which was critical in putting them away down the stretch of the second half. Will be huge for the Wildcats if he can continue to play like that.

The much anticipated trip to Southern California is up next for Arizona. Will play USC first which will not be as easy of a game as it was in Tucson back on January 26th. They are a much improved team since interim coach Bob Cantu took over for Kevin O’Neill. The Trojans are 4-2 since their last meeting in Tucson but are currently riding a two-game losing streak going into Wednesday’s game. Then Saturday night is a date with UCLA in what will be an important rematch for the Wildcats. The Bruins outplayed Arizona from start to finish at McKale last month. Every game is important at this point if you want to win the conference however, the Wildcats already don’t have the tie-breaker with Oregon and will really make their lives difficult is they fail to own a tie-breaker with UCLA as a result of being swept by them. The Wildcats last win at Pauley Pavilion was during the 2009-10 season.

Like for Arizona, Arizona State got off to a fantastic start to the week getting a win over Washington State. The Devils game against the Cougs was almost a carbon copy of the Wildcats matchup with them as they lead by as much as 21 early in the second half but took their foot off the gas. As a result, the Cougs brought the lead down to eight. Turnovers were also a bit of a problem but the Devils were able to gather themselves and hold onto their 20th win of the season.

As good as the Sun Devils came out against Wazzu, it was almost the opposite against Washington. The Huskies made five of their first nine shots led by Scott Suggs who finished the game with 16 points and seven boards. In typical ASU fashion this season, when they have been down, they have never been out. After trailing by as much as 12 in the second half, the Devils came back within one. But it wasn’t enough.

Sun Devils MVP last week: Carrick Felix. Has three double-doubles in the last five games and the most recent, a 23 point 11 rebound performance against Wazzu. Production did decline a bit against Washington but his leadership along with Jahii Carson never allows ASU to be out of games no matter what the deficit.

The loss to Washington doesn’t kill the Sun Devils NCAA Tournament hopes in my eyes, but it makes the last three games on the schedule (UCLA, USC, U of A) that much more important. The USC game Saturday is a must win and if they win one of the two against UCLA and U of A, they will be in good position going into the Pac-12 tournament. Pauley Pavilion has not been friendly to the Sun Devils. They haven’t won their since 2009 in a game the James Harden and Jeff Pendergraph combined for 42 of ASU’s 61 points in the game. And have won there just twice since 2002. ASU handled UCLA with relative ease in Tempe back on January 26th. It won’t be that easy this time. Then the matchup with the Trojans Saturday as I said is an absolute must win game.

The Lumberjacks only had on game last week and it was a tough non-conference game on the road at Hawaii where they fell 84-50 in what was ESPN’s Ramada Worldwide BracketBusters event. NAU really struggled offensively shooting 28% from the field and just 54% from the free throw line. Hawaii is one of the top teams in a tough Big West conference so it could be seen as a great tune up for the Lumberjacks as they head into their final stretch of the season.

Last home stand of the season for NAU this week. Going into the first of two games they stand tied for 5th in the Big Sky conference with a 7-9 conference record. The are just a game out of 4th and a game and a half out of third. First they take on Idaho State who is last in the conference and a team NAU beat on the road by five back on January 19th. Next is a huge opportunity for NAU to pick up some serious momentum against the Big Sky’s second place team in Weber State. NAU came out fast in their last meeting leading with two minutes left in the first half, but that was the last time they would lead. NAU has been tough to beat at home this season and look for that to stay the case in their final games at the Walkup Skydome this season.

The Lopes pushed their win streak up to five in a row since falling to Dixie State at home, beating Hawaii-Pacific 78-67 at GCU Arena in their only game last week. GCU led by as much as 26 in the game and made nine threes. Speaking of Dixie State, they continue to be owned by Dominican this season but after a win Monday, they now only own a half game lead on the Lopes in the conference standings.

Lopes MVP last week: Steve Morin. Had 20 points against Hawaii-Pacific in what was his seventh start of the season. Six of his seven field goals in the game were from three. Coach Pennell noted that his hot shooting out of the gates forced HPU out of their zone early in the game.

One game this week for GCU this week and it’s a big one at home against the 4th place team in the Pac West, BYU-Hawaii. It’s their last home games of the season before finishing off their 2012-13 regular season campaign on the road against Azusa Pacific. “BYU is a better version of what we saw tonight,” said Pennell after the win against HPU. “They hang their hat on the three’s and run their sets really well. We will have to be at our best. There is a reason they have been a power in this conference and nationally over the past few years.”

Eliav Gabay Retweeted · Jordan Hamm
@JordyHamm
Roll with the Pac, head for the Big 12 or be a part of a full-on high-five between the conferences? 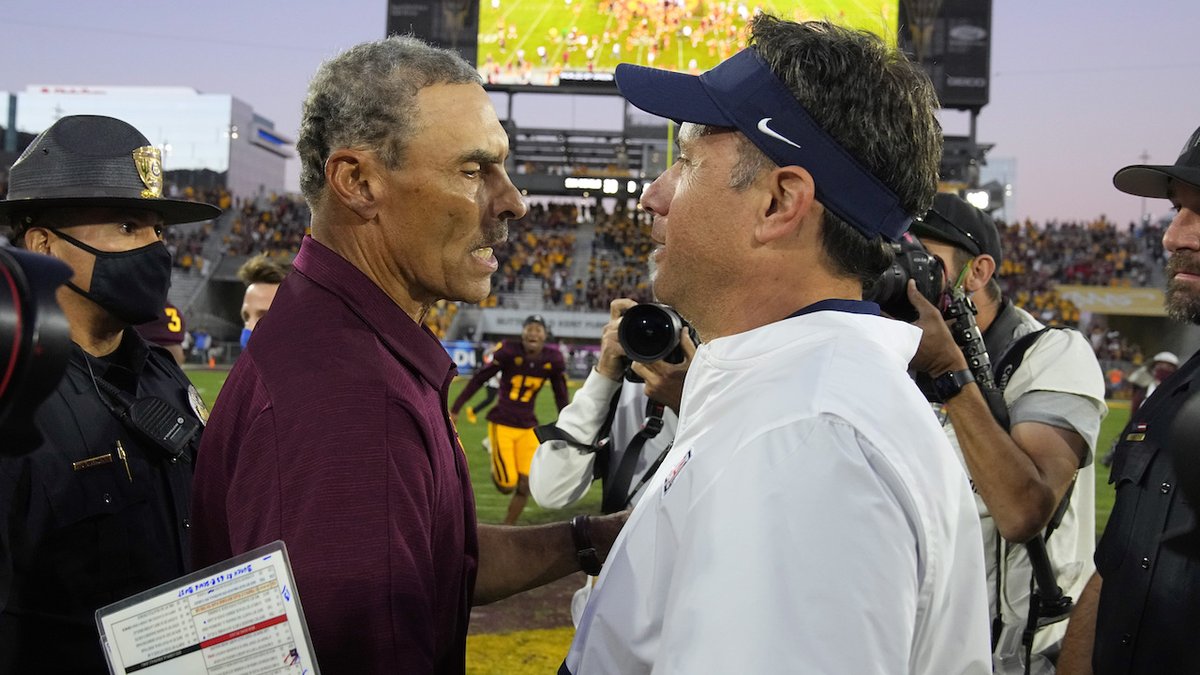 Brad Cesmat Retweeted · Eliav Gabay
@eliavgabay
“I’m holding on & I won't break until I come home.”
- #BrittneyGriner in a letter to her wife, Cherelle.

Brad Cesmat Retweeted · Jordan Hamm
@JordyHamm
Roll with the Pac, head for the Big 12 or be a part of a full-on high-five between the conferences?

Ebony Hill 💜FREE BG🧡 Retweeted · Eliav Gabay
@eliavgabay
“I’m holding on & I won't break until I come home.”
- #BrittneyGriner in a letter to her wife, Cherelle.

Claudia Collins Retweeted · Jordan Hamm
@JordyHamm
Roll with the Pac, head for the Big 12 or be a part of a full-on high-five between the conferences?

Claudia Collins Retweeted · Eliav Gabay
@eliavgabay
“I’m holding on & I won't break until I come home.”
- #BrittneyGriner in a letter to her wife, Cherelle.

Sports360AZ Retweeted · Jordan Hamm
@JordyHamm
Roll with the Pac, head for the Big 12 or be a part of a full-on high-five between the conferences?

Devon Henry Retweeted · Eliav Gabay
@eliavgabay
“I’m holding on & I won't break until I come home.”
- #BrittneyGriner in a letter to her wife, Cherelle.

Jordan Spurgeon Retweeted · Jordan Hamm
@JordyHamm
Roll with the Pac, head for the Big 12 or be a part of a full-on high-five between the conferences?

Devon Henry Retweeted · Jordan Hamm
@JordyHamm
Roll with the Pac, head for the Big 12 or be a part of a full-on high-five between the conferences?