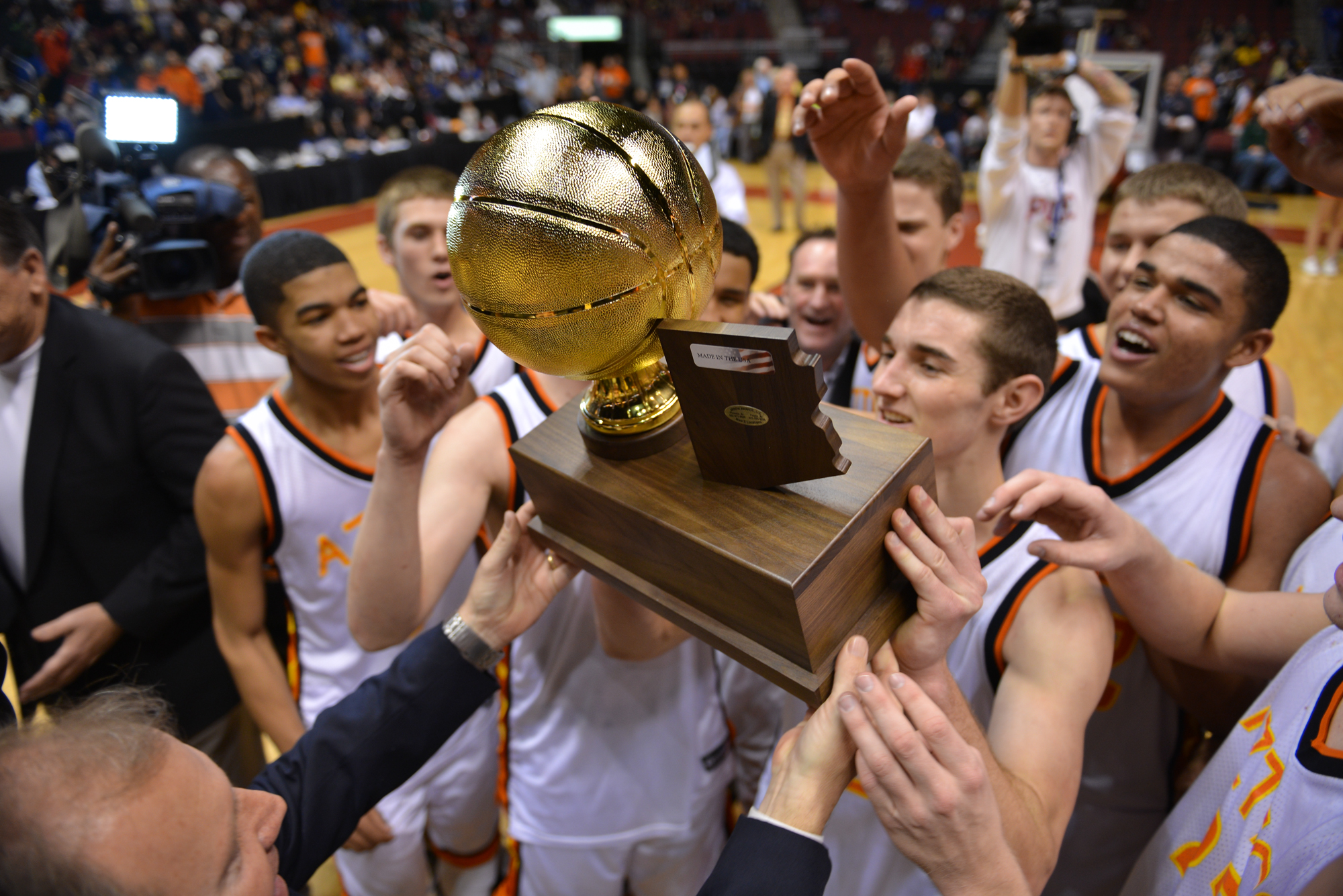 The D1 Boys Title game between defending state champion Corona Del Sol and Pinnacle was one for the ages.

Several points during the night it looked as though Pinnacle would cruise to the victory, but the Aztecs would not go away and their defense would propel them to the 63-59 victory over the Pioneers.

Corona would have four players finish in double figures, led by Bryan Siefker and Casey Benson. Pinnacle would have big offensive nights from Dorian Pickens and Drew Bender.