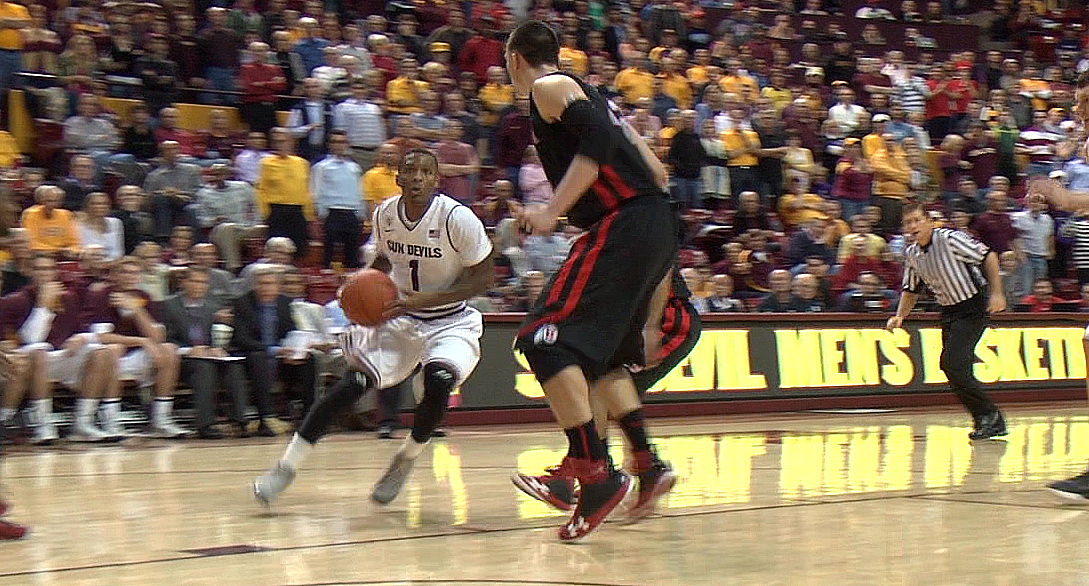 Arizona State head basketball coach Herb Sendek promised a complete makeover for the Sun Devils following consecutive twenty-plus loss seasons and grumblings about the direction of the program after James Harden took his talents to the NBA.

Out was Sendek’s patented match-up zone defense and slow, patient offense and in was a new, fast-paced style led by redshirt freshmen point guard Jahii Carson.

No one is complaining about the results as the Devils (16-4, 5-2 in Pac-12 play) have been one of the more pleasant surprises in the country this season. Following their weekend of sweep of USC and UCLA, ASU has positioned themselves for their first NCAA Tournament birth since 2009.

Davis said Sendek’s new, improved offensive scheme fits perfectly for Carson (17 points, 5 assists per game) and allows others to get involved easier than the slower, half-court set of years past.

In order for the Devils to punch their ticket to March Madness they must boost their RPI (52) and prove they can win on the road starting with a trip to the northwest later this week to face Washington State (Thursday) and Washington (Saturday). ASU finishes the regular season with seven of their last 11 away from Tempe.

Regardless, the Devils have caught the attention of the national media, especially after their 18-point blowout over the Bruins who just two nights earlier handed the eighth-ranked Arizona Wildcats their first home loss of the season.

“No question it was a big win,” Davis explained. “UCLA had been playing so well…it’s very tough to win at the McKale Center…[ASU] had the opportunity to [beat UCLA], they took advantage of it so let’s see what they can do from here.”

Tip-off Thursday against the Cougars is set for 7:00 with television coverage provided by the Pac-12 Network.