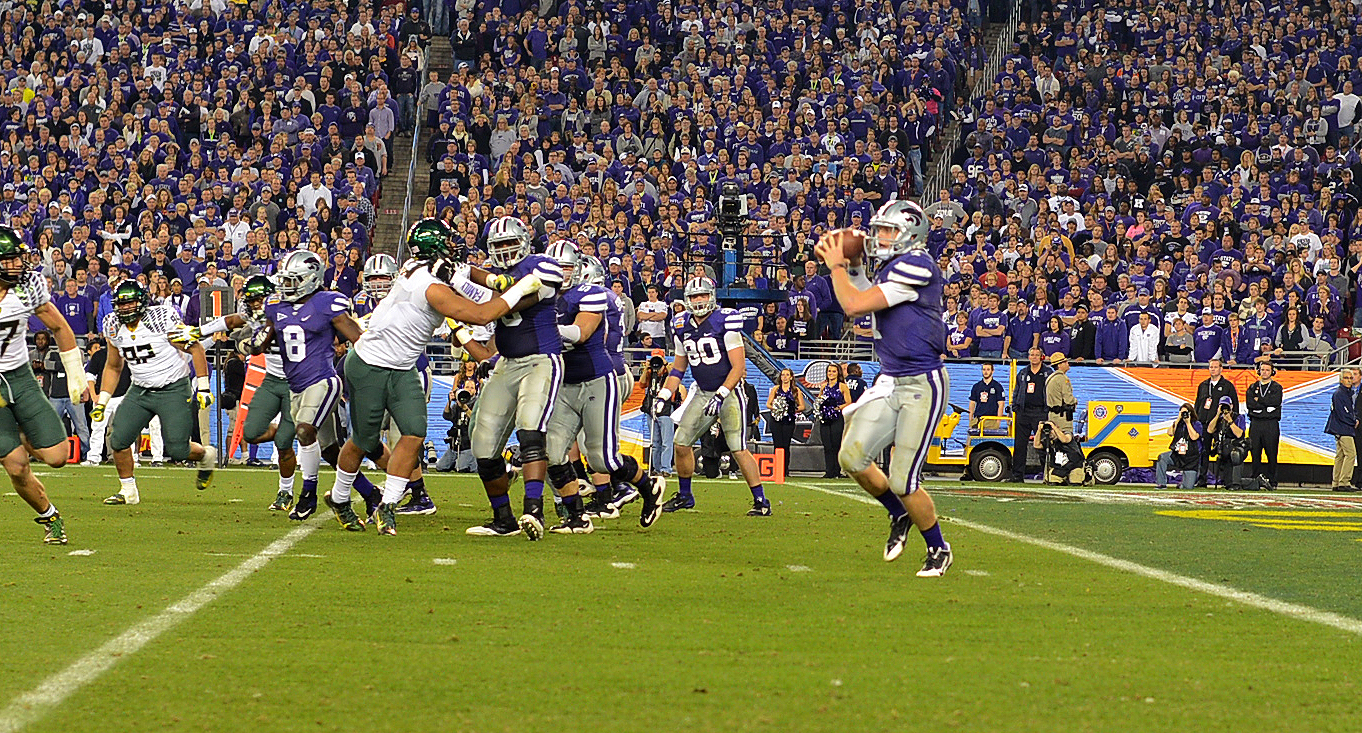 “Anytime you get to finish what you started it’s a big thing,” Jordan told Pros2Preps.com on the field after the game. “I got family that came to watch me and gave me support and just for that I need to tell them thank you.”

The victory was especially sweet for the 6’7, 243-pounder who leaves Eugene as one of the more decorated defensive players in recent memory. This season he ranked second on the team in tackles for loss (10.5) and sacks (5).

A four-star recruit with the Wolves Jordan had to overcome severe burns back in 2007 when a garage explosion left his entire body with second-and-third degree burns. Many schools who previously recruited him heavily backed off, but the Ducks commitment never wavered. The bond between the two grew tighter as he developed his game over the past four seasons under head coach Chip Kelly.

He also proved to be a pillar of strength for his mother Sherrita who eventually kicked her near two decade drug addiction following the explosion. In many ways, both are better off because of the accident moving forward.

Jordan, expected to be a first or second-round draft pick in April’s draft, projects as an edge rusher or outside linebacker in the NFL.